The United Arab Emirates is planning to take civil engineering to a whole new level. The engineers of the country plan to build a man-made mountain to produce rainfall. The hope is that with a mountain range effect, they will be able to cloud-seed the area. Cloud-seeding refers to weather modification that can increase the amount of rainfall in an area.

The UAE has already invested US$11 million into cloud-seeding efforts in the past which have allegedly shown results but it seems the country wants to do more. 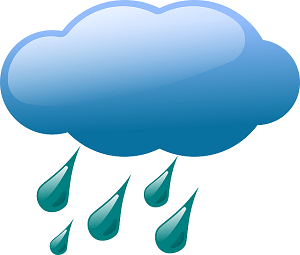 The country will be working along with the University Corporation for Atmospheric Research (UCAR) who operate out of the United States of America. The researchers there say they are working through a "detailed modelling study" of potentially building a man-made mountain to attempt to increase rainfall in the UAE, known for its dry conditions.

"Building a mountain is not a simple thing. We are still busy finalising assimilation, so we are doing a spread of all kinds of heights, widths and locations [as we simultaneously] look at the local climatology," said Roelof Bruintjies, an expert in weather modification from the National Centre for Atmospheric Research told Arabain Business.

Bruintjies further explained: "What we are looking at is basically evaluating the effects on weather through the type of mountain, how high it should be and how the slopes should be. We will have a report of the first phase this summer as an initial step." The hope is that just like mountain ranges in the actual world, the weather will be modified to the point where more rainfall is produced.