Mechanical engineers are ready to unveil the mechanical clean energy technology that has been 10 years in the making.

The engineering firm behind it is named Makani, a company tied to Alphabet’s Google X Lab. The purpose of the company is to ‘create radical new technologies to solve some of the world’s hardest problems’.

One of the more renowned projects that have come from Google X Lab is Project Loon; specially engineered balloons that could be launched into the stratosphere and provide internet access to rural parts of the world. 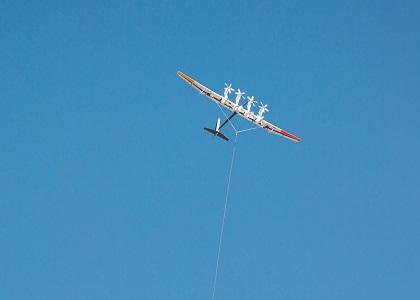 Makani, is joining their fellow projects with airborne technologies that could help people on the ground a whole lot. You may have heard of wind energy, but have you heard of airborne wind energy?

What they have developed are called ‘Makani kites’. Makani energy kites, the company says, will produce electricity by harnessing energy efficiently from the wind.

The ‘kite’ is a solar-plane looking object with four rotors that gets flung through the air and gets thrown into a loop. Whilst in the loop, the rotors spin and the wind moves through them. The kite flies autonomously 1400 feet high and loops in a diameter of 250 meters. The rotors’ energy, moving with the force of the wind, generates the electricity. On-board the kite,  sensors, a GPS and inertial navigation system are all present.

“Wind energy has the potential to power the world 100 times over, yet only 4% of the world’s electricity comes from wind. The Makani energy kite system integrates advances in aerospace engineering, materials science, and autonomous controls to create a lightweight design that is easy to transport and install.” 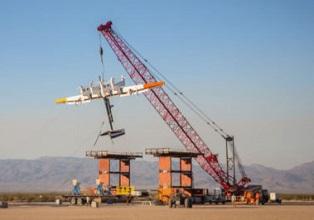 They also note that only 4% of the world’s electricity comes from wind. Thus, they intend to use the kites to up the amount of electricity that can be distributed via the kite-generation method to up the aforementioned percentage.

The kite’s energy generating capacity is in its name: M600. The kite will generate 600 kW of electricity - roughly the amount of energy that could power 300 homes.

And the applications for the technology keep growing. The engineers are confident that their kite could be useful in areas that have been devastated by natural disasters who have lost access to electricity.

“The low mass of Makani’s system unlocks wind energy resources in areas like deepwater offshore that are not economically viable for existing technologies. Harnessing energy from the wind in new place means more people around the world will have access to clean, affordable wind power.”

According to Teslarati, the industry is starting to heat up and competitors are entering the fray in the airborne wind energy industry. However, Makani is the only company generating electricity in the way they are.

The engineers are not finished innovating. They are at work, designing more technologically advanced versions of the kite. The future of agile wind energy could be big - which makes it a good industry for mechanical engineers and electrical engineers to monitor.