More engineering industry jobs are coming to South Africa. That is, if the country’s brand new president, Cyril Ramaphosa, is to be believed. Much like in the United States, the new sitting president is promising the renewed strengthening of manufacturing and mining jobs - whilst promising that the Fourth Industrial Revolution will be a focus as well. 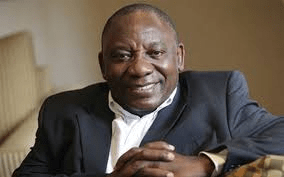 President Cyril Ramaphosa has given his State of the Nation Address a day after being sworn in as president. This, after the country’s previous president, Jacob Zuma, resigned from his position. Zuma’s presidency had produced a legacy of corruption that had sent the country’s economy into freefall.

Ramaphosa was the founder of the Union of Mineworkers in South Africa. He is also a successful businessman, and was a key negotiator for the African National Congress, credited for being one of those who helped facilitate the end of Apartheid. He was Nelson Mandela’s choice for the future president of South Africa.

Now his time has come. Plaguing the country is a high unemployment rate. Nonetheless, Ramaphosa is promising a revival of South Africa. He has said a new dawn is here for the country. In his State of the Nation address, he spoke of the mechanisms that might make South Africa great again:

“We are going to address the decline over many years of our manufacturing capacity, which has deeply affected employment and exports. We will seek to re-industrialise on a scale and at a pace that draws millions of job seekers into the economy. We are going to promote greater investment in key manufacturing sectors through the strategic use of incentives and other measures.”

Mining is one of the largest and more archaic industries in South Africa. A gold rush in the late 1800s began turning South Africa into a resources haven. The rest is, as they say, history. However, mining has struggled in the last few years. Ramaphosa said:

“Mining is another area that has massive unrealised potential for growth and job creation. We need to see mining as a sunrise industry.”

With a soon-to-be revitalized economy, the best thing school leavers and wannabe students can do is find education and training that will prepare them for this new South Africa.

The level of technological expansion in the country may, however, impede growth in the economy and education. South African institutions are struggling to produce highly qualified, globally relevant engineering professionals, for example. Ramaphosa is proposing change here too. He said:

“We will soon establish a Digital Industrial Revolution Commission, which will include the private sector and civil society, to ensure that our country is in a position to seize the opportunities and manage the challenges of rapid advances in information and communication technology. The drive towards the digital industrial revolution will be underpinned by the availability of efficient networks.”