A university and all TVET colleges in crisis in South Africa

Students at the Durban University of Technology (DUT) and at the Technical Vocational Educational and Training (TVET) institutions in South Africa are facing a horror situation at the beginning of their academic year.

At DUT some of the students are responsible. Their protests have been followed by vigorous retaliation from private security and have resulted in the shutting down of the institutions.

Students at the Durban University of Technology (DUT) have protested at the living conditions in their accommodation and also at the shortage of it. On the 5th of February, one of the twenty-year old students was killed by a private security guard; this forced the protests into overdrive. 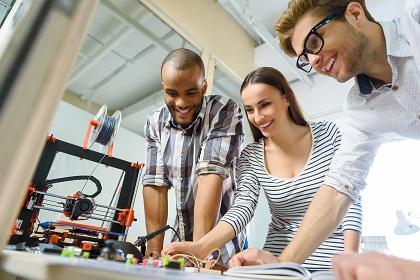 The students have charged the National Student Financial Aid Scheme (NSFAS) with conspiring with DUT to defraud funds. They believe The NSFAS allocates thousands of rands to the university, for its student accommodation, but then squeezes eight or nine of them into apartments designed realistically for three.

The students say they could find much better accommodation if they were given access to the money themselves.

The accommodation troubles go further: DUT has accommodation available for 13,000 students, but has a student population numbering 30,000.

To alleviate this DUT is reportedly paying the landlords of apartments, in the surrounding town, to evict tenants. According to investigative journalism program, Carte Blanche, tenants who have lived in those apartments for decades are being given eviction notices to make way for the incoming students. The landlords reportedly agree to marginally renovate the apartments and then accommodate 8 students in a single apartment.

Sadly, apart from the student uprising, crime is also on the rise around the DUT campus. Women in particular say they do not feel safe.

Five of DUT’s campuses have suspended their academic programs due to a stalemate in conversation between the management and the student representative council headed up by the Economic Freedom Fighters (EFF).

To make matters worse for students in South Africa, in the more northern city of Pretoria, members of the National Education, Health and Allied Workers’ Union (Nehawu) have gone on strike citing ‘horrible working conditions’. They also made mention of low salaries and useless pension benefits. The strike meant that lecturers linked with the unions would effectively ‘down tools’ and not teach students in the TVET sector.

Workers from 50 TVET colleges were involved in the strike. Nehawu vowed to shut down all TVET and CET colleges around the country.

South Africa simply seems unable to sustain the TVET colleges they have. Constant shutdowns and general maladministration is stifling the academic progress of prospective technologists and future engineers.

Student leadership of the African National Congress believes that TVET college qualifications should be recognized as equal to university degrees. And yet at TVET colleges lecturers are striking and rebuffing professional development which does not bode well for the system.

Badly resourced and with a dwindling pool of skilled lecturers the TVET colleges are not only hindering their students, but also the country; South Africa and the South African economy desperately need able, vocationally trained graduates.

There are alternatives, of course, and one of them is the Engineering Institute of Technology (EIT). South African students can acquire Australian qualifications via a live and interactive platform of learning, from home.

EIT offers Bachelor of Science degrees (in 4 engineering fields), (and Master degrees) and a host of Advanced Diplomas. Away from the potentially disruptive elements of a campus and the scramble for accommodation students can attain a high quality qualification, accredited by the Australian Government, from the safety and comfort of their own homes.

EIT’s mission is to prepare students for work in the fields of engineering and technology. The technology used in the online learning platform enables learners to practice the theory they learn and they receive industry-driven content from an international team of engineering experts, who teach live online. There are also supported by dedicated Learning Support Officers throughout their studies.

The schools of engineering at EIT include: