Australia's construction market is doing quite well. In the Performance of Construction Index, Australia rose by 6.5 points in June, giving them an average score of 53.2. Their score in May was 46.7. A healthy score is above 50.0 which separates the line of expansion versus contraction. Therefore, Australia's construction is looking healthy. Recent reports indicate that the Australian construction industry has taken a dip since March 2013. Sourceable confirmed that construction activity had dropped by 25 percent since 2013 when it was at its peak. Nonetheless, the latest construction numbers are quite surprising. 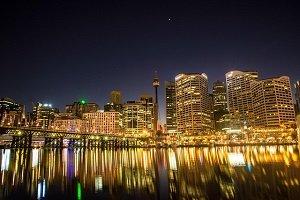 ​The numbers were crunched by the Ai Group, as usual, delivering the news that Australia's construction industry was at the highest level in ten months. The report showed that all construction subsectors (house building, commercial buildings, and engineering construction) have improved in June. Expert analysts say they haven't seen this impressive of a turnaround in many years. They say the improvement could be signaling further improvements in the months in the remainder in the year.

"The residential sub-sectors of house and apartment building were the standout performers," said Peter Burn, the head of public policy at Ai Group. However, the commercial engineering construction has been seeing drops in new orders. House and residential is carrying all of the weight for the construction industry in Australia.

A country that couldn't brag as much, was Germany. Their Purchasing Managers' Index fell from 52.7 in May to 50.4 in June. Despite the drop, Germany has been faring well. Oliver Kolodseike, an economist at Markit said: "The recovery in Germany’s construction sector appears to be losing its legs at the end of the second quarter, with latest survey results pointing to a marked slowdown in growth of German building activity. The PMI is now close to a level that is normally consistent with a stagnation of construction output, dragged down by declines in both commercial building and civil engineering activity. Although housing shortages and the inflow of refugees should help maintain growth of residential building activity in the near-term, companies were the least optimistic about their future since the end of last year."