The prototype of the world's longest aircraft is being retired, with new aircraft innovation promised to hit the market soon.

The aircraft in question was the Airlander 10: a weirdly shaped plane-airship/blimp that showed what the future of air travel could look like. Needless to say, it does not look like your regular Airbus.

It was the product of Hybrid Air Vehicles (HAV), a company based in Virginia in the United States. The company surprisingly obtained the Civil Aviation Authority's (CAA) approval and are now confident that they can build their final prototype and take it to the skies in 2020. 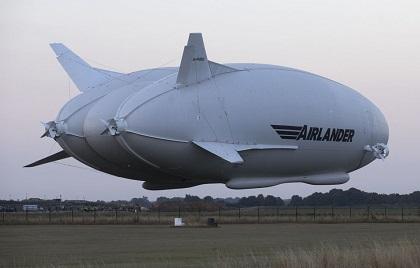 Social media was not kind to the shape of the aircraft, with some calling it ‘the flying bum.'

The prototype — which looks like it flew out of a science fiction novel — went through its fair share of trial and error. The prototype crashed nose-first in 2016 on its maiden flight. Luckily, no one was hurt. Regardless, the engineers are working on ironing out all of the kinks and are ready to go to market in 2020.

Nonetheless, the final prototype is expected to look similar in regards to the interior. The 2012 prototype was named the world’s most luxurious aircraft. The aircraft is ultra-spacious in the inside, it even has an en-suite bedroom, an Infinity Lounge with panoramic views, and a glass floor that will allow travelers to see what is below them from 16,000 feet up. There is even a bar on board. The Airlander is targeted at travelers who are looking for an extended holiday in the skies. McGlennan said:

“Air travel has become very much about getting from A to B as quickly as possible. What we’re offering is a way of making the journey a joy.”

Even though the prototype has been through the (engineering) wringer, the engineers are presumably ironing out the kinks and ready to revolutionize what people think air travel looks like. The Airlander does not need a runway, it can take off - and land - on any flat surface.

And what might one of these Airlanders cost, you might ask? The original model cost a cool US $25 million.

HAV is not the only company trying to harken back to the days of the blimp or airship, a company named Plimp is also hard at work reintroducing the form of travel back into the mainstream.

They have just announced their new Model J Plimp airship. It is being touted as a new class of aircraft, developed by the engineers of Egan Airships. They say that the Plimp is plummet-proof and is ultra-safe.

They advertise it as part-plane, part-helicopter, part-blimp. It seems that the world should anticipate more hybrid aircraft. The company says they have not invented any new technology - the technology needed to design a Plimp is all off-the-shelf.

The reality of these hybrid aircraft engineering companies is that they are tough to get off of the ground. Both Airlander and Plimp, with their wheel-reinventing ideas in the aircraft industry space, are trying to build sustainable businesses out of their endeavor. That is the tough part for these entrepreneurs. Plimp has patented their design, and they're ready to roll out their eight-passenger blimp if anyone in the market is interested.