The fourth industrial revolution is here, making us a part of the Internet of Things (IoT), whether we like it or not.

Artificial intelligence, big data, data generating sensors, robotics and automation are the kinds of innovations that are currently disrupting and indeed benefiting industry. One issue which is facing increasingly interconnected and intelligent enterprises (filled as they are with complex technology), is the shortage of employees skilled enough to use and manipulate these new technologies.

Zebra Technologies is intrigued – they are building an Intelligent Enterprise Index to track the advancement of IoT-connected companies. According to their index, 62 percent of companies are on track to implementing IoT-initiatives throughout their establishments. It also confirmed that 42 percent of enterprises will pay US$3.1 million per year on IoT.

With the increasing demand for skilled and adaptable or nimble employees there I some concern that higher education providers may not ably keep pace with the needs of companies which embrace the IoT.

Further exacerbating the situation, and manifesting itself in students when they are relatively young,  is a growing disinterest in STEM (Science, Technology, Engineering, Mathematics). 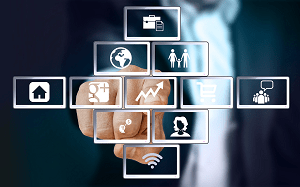 P.K. Agarwal, the Dean of the Northeastern University Silicon Valley thinks more can be done. He writes:

“I believe we should look to those who lack traditional STEM backgrounds. By taking someone with a liberal arts or humanities background, and opening up opportunities for them in development or IT, we can create some of the strongest candidates possible.”

A country that is embracing the future and trying to stay ahead of the curve is India. Their education institutions are attempting to build courses that will adequately prepare students for the demands of work in a world characterized by the Fourth Industrial Revolution.

IoT India Magazine put together a list of ten elements of IoT that technologists and engineers, should be focusing on: