Markit Economics and the Chartered Institute of Procurement & Supply has confirmed that Britain's construction sector is expanding at a slow rate. It hasn't expanded this slowly in three years the report said. According to IBTimes, it is the 36th month of expansion, however, it is the slowest construction output since 2013.

Britain has recently seen issues in the steel industry and is unsure about its future when the European Exit vote happens in June. 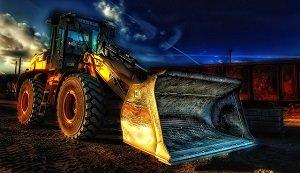 Markit's senior economist Tim Moore, said: "Stalling new order volumes not only set the scene for further weakness ahead but are already weighing on staff hiring and input buying across the construction sector. Softer growth forecasts for the UK economy, alongside uncertainty ahead of the EU referendum, appear to have provided reasons for clients to delay major spending decisions until the fog has lifted."

Markit also reported that confidence in the sector is also not high and is also hurting the industry. The unwillingness of companies ordering new projects will not improve the situation, it will only make it worse. The Bank of England warns that the EU referendum is mostly to blame and it would be beneficial for Britain not to exit the European Union to ensure that engineering sectors remain protected.

George Osborne said: "Investments and building are be delayed, and another group of international experts, the OECD confirms British families would be worse off if leave the EU."

Comparatively, the United States' construction industry has grown to an 8 and a half year high. Their industry hit the highest level since October 2007.