Home NewsCan Dyson save engineering in the UK?

Can Dyson save engineering in the UK?

The next innovations and solutions to the United Kingdom and perhaps even the world's problems could be coming out of Cambridge University thanks to one man, Sir James Dyson. He has provided funds that will see the opening of the Dyson Centre for Engineering Design at Cambridge University. The Dyson company just recently released their brand new design for the re-engineered hair dryer, that might be taking the world by storm quite soon. Now with this announcement, the new engineering center, Dyson might be releasing all kinds of weird and wonderful engineered products. 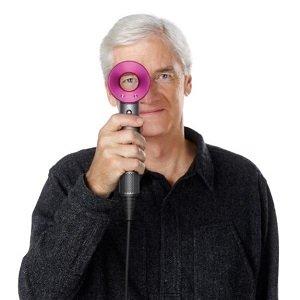 "It's economic suicide that we're not creating more engineers. They create the technologies that Britain can export, generating wealth for the nation. But we're facing a chronic shortage of them," said Dyson. The Royal Academy of Engineering - in 2015 already - spoke of a shortage of engineers in the UK, estimating that they would be short on engineers if they didn't produce more than a million in five years. This year, however, Britain faces a possible exit from the European Union, which experts warn, would set them back even further in engineering fields.

However, what is encouraging is that engineers who have made it in the industry - in Britain specifically - are now looking back and creating opportunities for engineers to continue creating. Dyson spoke to the Telegraph, saying: "Britain has a wonderful tradition of inventing technologies and products. Rutherford Appleton Labs has more Nobel Prizes per square inch than anywhere else in the world. But I wonder how long that will go on. Science and engineering are no longer subjects that young people here are interested in."

The center includes 3D printers, laser cutters, machine tooling areas and more, according to the Telegraph. The center allegedly cost £2.65 million for Dyson who says that the new center will achieve new breakthroughs and will change the way we live today. On top of that, the Dyson Foundation has put £60 million into encouraging younger people to embrace STEM subjects to lead to more engineers in the world.

Dyson also felt proud in the fact that his center will see a handful of women engineers. He said, "At the Dyson School of Design Engineering, 50 percent of its first intake of 44 students is female. That's a phenomenally high percentage and I'm thrilled. One of the tragedies of engineering is that so few are women."