Bloomberg has put together a new report named New Energy Finance's New Energy Outlook 2016. In the report, the group estimates that the renewable energy market will have grown to its optimum rate by then and energy storage systems will be available and affordable to all.

In the report, the group said: "Cheaper coal and cheaper gas will not derail the transformation and decarbonisation of the world's power systems. By 2040, zero-emission energy sources will make up 60% of installed capacity. Wind and solar will account for 64% of the 8.6TW of new power generating capacity added worldwide over the next 25 years, and for almost 60% of the $11.4 trillion invested." 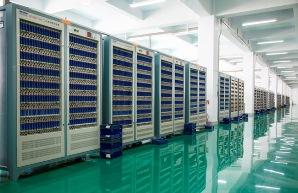 However, with everyone jumping on the bandwagon at the same time, and a host of technologies available. Who gets the vote of confidence from consumers? Even more importantly, who does government put their trust in?

"Researchers and practitioners have struggled to compare the costs of different storage technologies because of the multiple dimensions of cost and the fact that no technology dominates along all dimensions. Storage technologies can only be compared by looking at the contexts they are going to be used," said Professor of Energy Studies at MIT Jessica Tranick. She said this in the context of a new study that MIT conducted which evaluated which form of clean energy technology is currently being invested into most.

Her research took place in three areas: Texas, California, and Massachusetts. Her research concluded that storage systems had made the most economic sense in the area. Tranick said: "The best technology in one location is also the best in the other. This is because of the similarity across locations in the distribution of the duration of electricity price spikes."

To read more from her study, you can head over to the MIT News website.