Emissions testing company Emissions Analytics have written a report indicating that Diesel cars produce more emissions during winter. The group says that once the outside temperature reached below 18 degrees centigrade (65,4 Fahrenheit) cars began to release more emissions. The company reportedly tested 213 different models from 31 different auto engineering companies. The group found that cars built in the 2009-2011 bracket have produced the most emissions.

The tweaking of the engine in colder conditions has been proven to underreport the number of emissions the cars produce. Chief Executive of Emissions Analytics, Nick Molden, said: "If we were talking about higher emissions below zero, that would be more understandable and there are 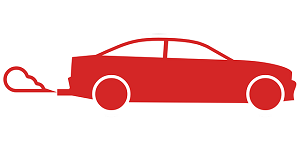 reasons why the engine needs to be protected. But what we've got is this odd situation where the temperature threshold has been set far too high, and that is a surprise." The group found that the Euro 5 vehicles (manufactured between 2009-2011) produce 4.6 times the legal parameters for Nitrogen Oxides (NOx) when the outside temperature dropped.

The group did, however, say that the Euro 6 cars manufactured from September 2015 onwards reported better numbers, only reaching 2.9 times above the legal NOx limits.

Engineers say without the pollution controls partly switching off under colder temperatures, engines would undergo amounts of damage. The carmakers say it is a necessary method to ensuring that vehicles don't break down.

These revelations come at a time of an ongoing emissions scandal that has rocked the automotive engineering industry. Volkswagen has confirmed that they will use $15.3 billion to buy back vehicles from consumers. The carmaker admitted to developing software that underreported the amount of emissions their cars did.

VW will also be focusing on cleaner, more efficient technologies. According to Reuters, VW will be paying $2 billion over 10 years to a Californian company who specialize in electric vehicle charging infrastructure.

However, what are the automakers doing to shake off the pointing fingers, forcing their engineers to admit their years of underreporting? According to BBC:

The Society of Motor Manufacturers and Traders spoke to the BBC, saying: The temporary reduction or switching off of some emissions control systems under certain temperatures is allowed by law and necessary to avoid damage to vehicles’ engines.Without it, there could be a significant cost to the consumer for major repair work. In its recent report, government recognised the need for such technology and was satisfied with how vehicle manufacturers were using it. Manufacturers are investing billions of pounds in developing ever-more-advanced technology, and this along with new Real Driving Emissions regulation from next year will see significant lowering of emissions across a full range of driving conditions and temperatures."