In the recent weeks, we have been following China's takeover of multiple companies in 2016, notably, the takeover of Kuka Robotics. The Midea Group has been trying to make offers to German robotics firm, Kuka, but it seems there is a stalemate occurring. According to the Wall Street Journal, Germany is hoping to buy Kuka before Midea does, and retain the company's European ownership. They would have to provide a counteroffer of more than $5 billion, which Midea was prepared to pay. 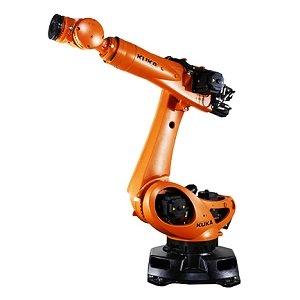 In even stranger developments, Chinese robotics experts are starting to speak out against the country's attempts at building a robot empire. The South China Morning Post (SCMP) ran a story with the title: How the world's largest market for industrial robots is allegedly propped up by deceit . In the article, Wang Cairong, the executive director at the China Artificial Intelligence Robot Industry Alliance said: "The industry is now in a subsidies-driven bubble. It's time to launch a nationwide campaign to investigate these companies which have received subsidies through deceit or illicit connections."

If these claims are true and substantiated, perhaps Kuka would prefer being bought by European investors instead. However, China is banking on industrial robotics, with a five-year plan that is currently in full swing. 66,000 industrial robots were sold in 2015, which was 16 percent higher than sales in 2014, says the International Federation of Robotics. SCMP did confirm that local governments "at the provincial and city levels" have been garnering funds with government granted subsidies to improve the operation of robotics industry in the country.

"Many robotics companies obtained subsidies by claiming they have key technologies on par with those of foreign competitors," Wang maintained. "It has been an open secret within the industry that many Chinese robotics firms, including some companies that are listed, have cheated to obtain subsidies. Some have even formed several new companies to apply and receive one-off subsidies."

The whistle has been blown, it seems. Wang is calling for an audit of these 'so-called' robotics companies so that any corruption can be uprooted.

Nevertheless, industry experts are saying the sale of Kuka to Midea Group should go ahead. Daimler AG's chief executive Dieter Zetsche said: "There's no evidence that a sale of Kuka to China would be a risk." Furthermore, anonymous sources in the automotive industry said: "We don't understand the uproar about this. There are enough German automotive and other industrial operations in China that the Chinese government surely knows already how we produce things."