A recent report by Research and Markets indicated that wind and solar generated 77 percent of the global renewable energy in 2015. The American Wind Energy Association says that wind energy currently powers up to 20 million homes in the United States. Wind farms are gaining popularity all over the world, equipped with row upon row of wind turbines. Even companies like Walmart now have stakes in wind farms that generate some of the electricity they power their buildings with. Ikea has also invested into clean renewable technologies to power their stores. 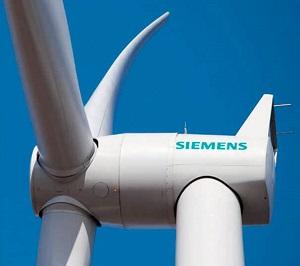 Siemens says installations of the new turbine will kick off in early 2017. The turbine will produce 10% more energy annual energy production due to being an 8MW model. This is a step up from their 7MW model. Siemens currently operate 1,240 direct-drive onshore turbines and 150 offshore turbines.

Michael Hannibal, CEO for Offshore at Siemens' Wind Power and Renewables Division said: "We are relentlessly working on the levelized cost of energy, and the offshore direct drive platform enables us to do this with the lowest possible risk. With the same proven reliability as our successful 6 and 7MW models, the SWT-8.0-154 will be the new benchmark for gearless offshore wind technology on the market." 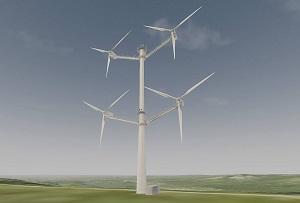 Siemens' direct drive technology is respected as one of the more innovative wind turbine technologies available today. However, what about a wind turbine with twelve blades?

The twelve-bladed behemoth has been proposed by a company named Vestas. The company needs to prove to investors that twelve blades are better than three and can equate to more efficiency. The company has had the proposal on ice whilst they figured out how a twelve-bladed turbine would actually work. The worry is that if one set of blades stops working or an internal error occurs, then the entire thing will stop functioning. 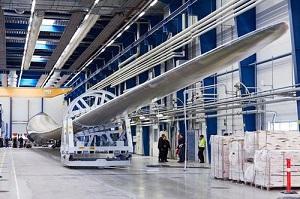 Roel Schuring, the CTO of LM Wind Power said: "The rotor is the motor and to put it simply, longer blades extract more energy from the wind. Increasing the annual energy production from each offshore wind turbine is a key driver to reduce the levelized cost of offshore wind energy which is decisive for a large-scale deployment. The blade is the single most influential component for increasing energy yields and its design and aerodynamic features can make a huge difference for the turbine's power production."