The CEO of Tesla, Elon Musk, has been left questioning media bias after fallout coverage of a Tesla Model S electric vehicle that caught fire in a Shanghai car park.

The released CCTV footage shows a white Tesla sedan emitting smoke from either side of the car, and then suddenly bursting into flames. The video shows how quickly, as a result of the fitted lithium-ion batteries, the car burns. 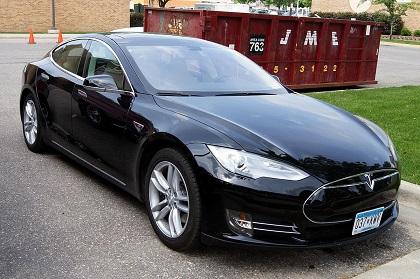 Elon Musk took to Twitter to express his disdain over what he believes is severely one-sided coverage of the latest Model S fire. In three separate tweets, he tweeted:

“Over a million combustion engine (it’s right there in the name!) car fires per year & thousands of deaths, but one Tesla car fire with no injuries gets biggest headlines. Why the double standard? This is a real question.”

“Reality is a Tesla, like most electric cars, is over 500% *less* likely to catch fire than combustion engine cars, which carry massive amounts of highly flammable fuel. Why is this never mentioned?”

“When you read double standard articles about Tesla, please ask why. Maybe there’s a good reason that isn’t obvious.”

Musk is no stranger to gluts of media coverage of Tesla vehicles that have gone up in flames. In March 2018, a Tesla Model X’s autopilot feature caused the car to crash into a median barrier on Highway 101 in Mountain View, California. The car burst into flames with onlookers reporting that the flames were emanating specifically from the battery bank.

In December 2018, a Tesla owner’s vehicle threw up a few errors relating to tire pressure on the highway. The owner had his vehicle towed to a local auto repair place. Soon after, the battery bank caught fire. Firefighters were called to the scene and battled the blaze.

Firefighters reported that they put the blaze out and then monitored the car for another six hours. Once they had left, the car’s battery bank caught fire again. Tesla has now opened a hotline for first responders with specialists who will guide firefighters on how to put Tesla fires out.

Nonetheless, Tesla says that gasoline powered vehicles are eleven times more likely to combust than electric vehicles. They are hoping that the number may reassure the public who are being persuaded against purchasing electric vehicles by their highly publicized fires.

Musk borders on alleging that big oil and car manufacturers have money invested into mainstream media who in turn are focusing on the rare incidents of when electric vehicles catch fire, and ignoring the large number of fire incidents that combustion engines account for.

Electric vehicle fires are something that the electrical engineers at Tesla are still working on. Highly publicized incidents are anything but unfamiliar in the world of new technologies. Samsung developed smartphones that have spontaneously combusted but were able to bounce back from the scandal.

It seems new electric vehicles are just going through the same teething problems.