Electricity in the air: The oncoming electric taxi jet revolution

In 2017, the world got its first taste of the future of electric mobility and looked like something straight out of a science fiction film. An unmanned remote-controlled electric ‘jet’ prototype that took to the skies and experts were more than impressed. The engineers at Lilium, a Munich based startup, were providing the world a glimpse of what might one day be possible - a fully electric jet taxi.

Fast forward to 2019 and the company announced their fully electric five-seater prototype jet, flying up to impressive speeds of 300km/h. On 4 May 2019, the engineers took their new unmanned prototype out to a launch pad in Germany to test the groundbreaking vehicle. It was a successful launch. 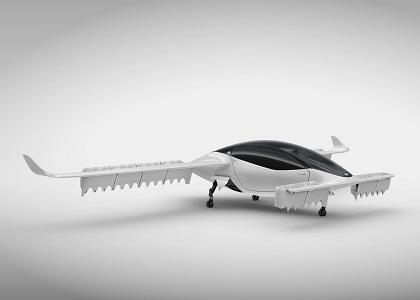 The electric jet takes off like a helicopter, going straight up without the need for a runway - making it a more accessible technology for companies wanting to purpose these aircraft. The company’s aim is to build an ‘Uber-of-the-skies’ mobility service that they intend to have operational in various cities around the world by 2025.

“This is the first time that we have a full-scale, full-weight prototype of that five-seater version. This is the next step in mobility as we perceive it. What we are trying to achieve is an air mobility revolution. We look at what is possible by the laws of physics. Our principle of maximum simplicity combined with a level of safety is really something that makes us unique.”

The Lilium jet is fitted with 36 all-electric engines on the flaps of the jet that produce minimal noise. The company says the low vibrations will mean a smooth and quiet ride for passengers, but most importantly not generate any carbon emissions. The company says they are the first electric jet engines in commercial certification.

The engineers working on the project say the fixed wing design of the aircraft only utilizes less than 10% of the maximum 2,000 horsepower the plane is capable of while cruising. The company says:

“This efficiency, which is comparable to the energy usage of an electric car over the same distance, means the aircraft would not just be capable of connection suburbs to city centers and airports to main train stations, but would also deliver affordable high-speed connection across entire regions.”

Now comes the hard part of refining the prototype and seeing if humans can actually travel inside the cabin. The company, however, do say that if they get their aircraft operational by 2025, a pilot will most likely be aboard helping fly the aircraft. But, they are not ruling out an autonomous aircraft in the future. The even harder part for the engineers and the company as a whole is getting safety approval in Europe and the USA, which the company is now in the process of doing.