Elon Musk, CEO of SpaceX and Tesla visited the Pentagon on Wednesday. He met with Secretary of Defense, Ash Carter, according to CNN. Allegedly, the two were meeting to chat about "innovation". Musk would be hoping to cement more government ties for SpaceX as a company, they already have upcoming missions with NASA's assistance in 2018. It could also be about the Gigafactory that is soon to open in the Nevada desert that will see some of the most sought after electric cars released from its engineers' hands soon. 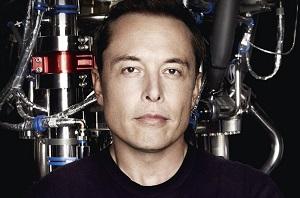 Elon Musk made hearts skip a beat when he tweeted about the meeting. He tweeted that the meeting he attended was to talk about a "flying metal suit". It has been a recurring joke that Elon Musk is the Tony Stark of the real world. His advances in the world of engineering have made him a candidate for the nickname of Real World Iron Man.

Nonetheless, SpaceX has a contract with the US Air Force that will allow the company to launch a GPS satellite in May 2018. The agreement will see SpaceX earning $87.2 million. So, maybe that's what they were talking about.

Something about a flying metal suit...https://t.co/6Z1D9iZ1fV

Then a fellow Twitter-er, @AdamHuet, asked Elon Musk if he liked being referred to as a "billionaire" based on the CNN article calling him, "Billionaire Elon Musk." Musk's response was, "No."

Musk also confirmed that the batteries the Tesla Model 3 would be using were Panasonic and not Samsung batteries as some news sources have published.

Elon also gave Apple props at the recent Recode Conference. Apple has been recruiting some of Tesla's former engineers for what analysts are assuming is an electric vehicle. But Musk thinks they are too late to the game. He said: "I think they should have embarked upon this project sooner actually. I don't think they'll be in volume production sooner than maybe 2020. That'll be like the soonest."

"No, you know, it's just a missed opportunity...I think they'll probably make a good car and be successful; the car industry is very big, so it's not as though there is one company to the exclusion of others. I mean there's like a dozen car companies in the world of significance. And the most that nay company has is approximately 10% market share. So it's not like somebody comes up with a car and they're suddenly like -- they kill everyone else," Musk added.

You can see him talk about the aforementioned topic and more in this hour long conversation with Recode: