Ikea, the home furnishing store, made a pledge last June that it would be investing in the future of renewable energy. The intention is to only use renewable energy to power the chain of home improvement stores by 2020. According to the Guardian, Ikea enjoyed a comfortable profit of $33 billion in 2015 and will be using some of that to fund solar photovoltaic solutions and wind power. They will be injecting $660 million, on top of the $1.6 billion they have already invested into renewable energy. They will be accountable for 314 wind turbines and currently utilize 700,000 solar panels on shop roofs. If only more companies joined the queue of commercial entities wanting to better the future. 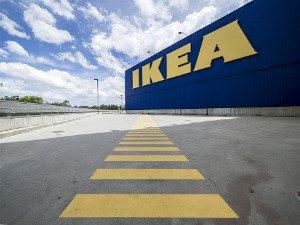 The company wants to have a "positive impact" on the climate through the investment of clean energy and say the only way to do this is to go "all in" and throw their weight behind the cause. They also want to export the energy to impoverished nations by becoming a net exporter within the next four years and currently produce 53% of its current energy on renewables. Companies operating their own wind farms and solar plants? Not unheard of. Walmart secured a deal with Pattern Energy who operate a wind farm. Walmart reportedly will buy up to half of the 200 megawatts the farm produces.

Perhaps Ikea could grow their renewable energy by tenfold and start releasing their very own home-based photovoltaic cells that can be sold just like the home furnishing items in their store. Companies have an irrefutable business opportunity in the renewable energy game and could capitalize on the market like the Tesla PowerWall and some of its competitors.

Speaking of Tesla PowerWall's competitors: Mercedes has released the prices for their very own photovoltaic cells.  The cells are manufactured by Daimler ACCUmotive and will now be purchasable by the German public, with added territories soon. The price per unit will be between $9,000 to $10,000, which includes installation rates. But how does it stack up against the PowerWall and Nissan's latest battery announcement?

These are estimated numbers and will not be exactly correct, however, they are a good indication of the prices you can expect to be paying. Prices can change based on which country the batteries are to be purchased in.

For reference, an average person in the United States uses 30 kWh per day.