Australia's clean energy storage market is growing at a speed that other countries are struggling to keep up with. The market has always been forward thinking and proactive. Now, South Korean company, LG Chem is using Australia as their platform, to launch their new battery storage solution. LG Chem's energy storage units have already been previewed but are finally ready to launch to consumers.

The company had initially announced that it would make 600 Residental Energy Storage Units (RESU6.4EX) available to "local distributors" in Australia, last year. Now, the company is saying it will have produced 3,000 units in 2016 and will continue to produce more energy storage units in 2017. 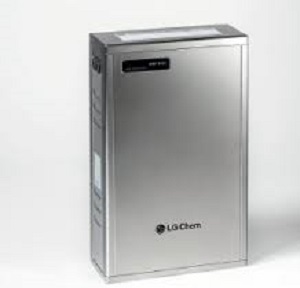 This signals that the company is entering the market and is here to stay. They are convinced that the energy storage market will be growing in the upcoming years. The company has been quoted saying that Australia is in a "critical solar decade".

"We see a quiet solar revolution brewing and we strongly believe that LG Chem will be at the forefront of this transformation to help unlock the true value of solar storage and better enable the ecosystem. We welcome competition too. We are positive that when more people adopt the RESU6.4EX in Australia, the market will appreciate the quality, efficiency and cost competitiveness of our offering," said Changwan Choi, LG Chem's manager of Australian business development.

The battery storage units start at 3.2kWh versions and can be stacked to reach outputs of 9.6kWh and 12kWh in energy storage. The unit weighs only 132lbs (60 kg). The rumor that currently exists is that LG Chem's battery is the most affordable battery on the market, according to the dollar to kilowatt-hour conversion. The battery will reportedly cost close to $8,000.

LG Chem says their new energy storage units are lightweight and conveniently compact. The batteries are also stackable and connectable so that a stronger megawatt output can be achieved.  The company claims to have the largest manufacturing facility in the world and are certain that that will drive the prices of their battery storage units down. They will also integrate their battery technology into utility and business operations as well.

Volkswagen has also been rumored to be working with LG Chem in a joint venture that could see their cars being powered by the battery technology. The auto manufacturer could be looking to put batteries into between 2 million and 3 million vehicles by 2025. According to Bloomberg, four Asian companies including Panasonic and LG Chem own 80% of the battery market in Asian-Pacific territories.

"Batery technology is a key competence for electric mobility, which will see its breakthrough toward a mass market in coming years," Volkswagen said in a statement.

Now for the engineers that are interested in installing one of LG Chem's home storage units, there is already an installation video for it: