Home NewsEnergy Storage Wars: Nissan vies for a space on the wall

Energy Storage Wars: Nissan vies for a space on the wall

Japanese automaker, Nissan, has joined the fight to be the King of the Storage Throne. They have announced their new xStorage system which would be taking the recycled batteries from their Leaf electric vehicles and then repurposing it. The battery would be able to act as an energy source for a house, taking it off the grid, and also perform tasks like charging electric vehicles due to the 12 Nissan Leaf battery modules inside the body. For now, Nissan says the xStorage unit will only be available in the UK and sell for £3,200 (US$4,600). They join a list of growing competitors who would like to sell you their lithium-ion batteries for households, like Tesla. 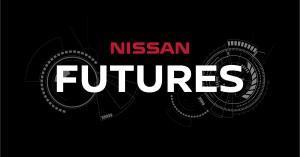 That's not all Nissan is doing. They will be the first major contributor to the vehicle-to-grid system, kicking off in the United Kingdom. Gareth Dunsmore, Electric Vehicles Director for Nissan Europe at the announcement event said: "Nissan has announced today something that is going to help revolutionise the car industry but the energy industry as well. We've launched the vehicle-to-grid (V2G) system with our partner ENEL. That will allow us to put in place a system to take energy out of your car and put it back into your home and put it back into the grid as well." He also says that customers will receive money of up to £600 a year in subsidies from their power provider. "The Nissan Leaf has energy to deliver up to two days of full energy to a house. If you put in everyone in the UK driving an electric car, essentially we could start turning off an entire coal-burning fuel station."

It has been said that the V2G initiative of which Nissan will be the first in the UK to contribute to, could save the country £2.4 billion in electricity costs by 2030. They have named these right-here-right-now energy endeavours the 'Nissan Futures' series.

Paul Willcox, Chairman of Nissan Europe said: "The creation of the 'Nissan Futures' series was born out of Nissan's deep desire to create a safer and more sustainable future for everyone. It's no longer enough for automakers to work in a silo. The challenges of tomorrow require solutions that transcend single industries or companies. That's why we're partnering with like-minded businesses from other sectors to deliver new solutions that support a more sustainable future." He also confidently said that in the next 10 years, the world will see more change in the industry than the past 100. "We are entering the decade of disruption and it's an opportunity for Nissan and the world around us to behave and act differently."