Photovoltaic cells are not reaching their full potential. Recently, we reported on a method that could lead to more efficient photovoltaic cells from the University of Utah. The revelations included subjecting semiconductors to light sources before the manufacturing process. This reportedly, allowed semiconductors to work more efficiently, especially for applications in solar technology.

The improvement of solar technology will be important in the photovoltaic cell industry in the next few years. Increasing solar efficiency is paramount to the future of renewable energy. The University of Utah's work is largely theoretical as it stands. A sure-fire solution to making solar panels more efficient is needed, here and now. "The problem occurs in series-connected solar panels (which is one of the most common ways of connecting solar panels for distributed PV systems) when solar modules are experiencing varying levels of irradiation or temperature. This can result from sporadic cloud, dust accumulation on the PV panels, or uneven air ventilation. In these instances, the current generated by each module is different," said Masdar Insitute Research Engineer Omair Khan.

The engineers say that low-performing photovoltaic panels covered by shade cause panels that are exposed to the electricity giving sun to produce less energy. Therefore, the engineers came up with a novel solution. 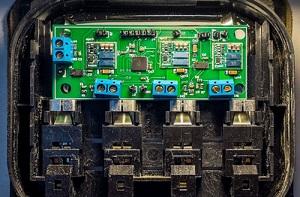 The device was developed by  Khan and the Masdar Institue of Electrical Engineering and Computer Science. The device connects the solar panels and optimizes their output. The device takes the series-connected solar panels and feeds each of them independently instead of the usual load-share, photovoltaic panels are synonymous for.

The device undercuts the "lowest current" limitation prevalent in photovoltaic cells today and rather uses the strongest output a panel may be receiving.