In an unsurprising move, Total, the French oil company, has decided to make a hefty bid to take over a battery maker named Saft Groupe SA. With the assistance of the French Financial Markets Authority, the two companies announced on Monday, that the battery maker would be bought for $1.082 billion. The acquiring of the company happens amidst a brand new branch recently launched by Total that will encourage cleaner practices of energy production.

Total has offered to pay $41.62 per share, which equals the amount of money they are being bought out for. Saft is also a French firm that specializes 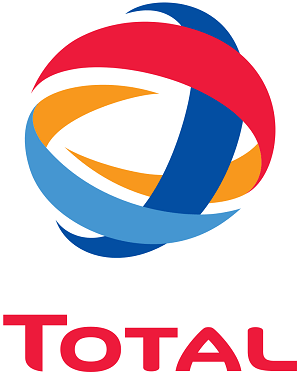 Total's Chief Executive, Patrick Pouyanné, said: "The acquisition of Saft is part of Total's ambition to accelerate its development in the field of renewable energy and electricity." Saft, according to their website, claims to have made $863 million in 2015, making them the world leader in advanced technology batteries. "The combination of Saft and Total will enable Saft to become the Group's spearhead in electricity storage.It will notably allow us to complement our portfolio with electricity storage solutions, a key component of the future growth of renewable energy."

Yann Duchesne, chairman of Saft's Supervisory Board said in their statement: "We are delighted with this rapprochement, which was unanimously approved by the Supervisory Board thanks to its strong industrial rationale and its financial interest for our shareholders.

Amidst Tesla officially releasing their Powerwall to U.S. households, a rival has entered the game. An Australian company has released their battery storage unit called the Enphase. The orders are now open and the company employs 1,000 installers to assist consumers in getting the units up and running in their households. Nathan Dunn, managing director of Enphase Asia-Pacific told Gizmodo: "We believe the Enphase Home Energy Solution represents the most compelling and technologically advanced residential energy solution in the world today. In fact, it is the only complete energy system that we've seen to date and we expect the initial demand to be driven by installers looking to retrofit existing residential solar PV systems. Enphase expects the next wave of demand to be driven by new solar PV systems owners enticed by the elegance and simplicity of our solution."

The company is selling to Australia and New Zealand right now, however, they are focusing on the worldwide market just like Tesla has been doing. The first shipments are estimated to be happening in August and if you would like to contact an installer in your area, you can apply on their website: HERE. The interesting part of their product is that it can be added to pre-existing solar PV systems where some companies require their own PV systems to be used. It could be a draw card for some consumers who have already tried to remove themselves from the grid.