Home NewsEngineers betting all their chips on AI

Engineers betting all their chips on AI

Engineers are no strangers to technological advancement. The advent of the computer has rapidly transformed the world, and engineers are constantly driving the growth of technology. Development of computers has now reached levels once thought impossible; the automation of virtually every industry perceivable.

The breakaway success of computers was observed by the co-founder of Intel Gordon Moore. He made a prediction back in 1965 that from that year onwards, the number of transistors on integrated chips inside computers would double every year. As transistors were getting smaller, he envisioned more and more being added to the internal chip. 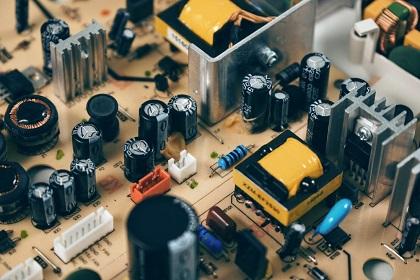 What Moore eventually learned was that the reality of development would far surpass what he had ever imagined. He observed incredible technological leaps from the 1960s and onwards that would make computers increasingly faster and more efficient.

Think about the smartphone — in Moore’s day that was merely a twinkle in engineer’s eyes. By the time the iPhone 6 was released to the world in 2014, the proprietary A8 chip inside the smartphone was made of up 2 billion transistors.

Fast forward to 2018, and the most premium of Apple’s iPhone X range has 10 billion transistors on its A12 chipset. As of 2017, the largest transistor count in a commercially available single-chip processor was 19.2 billion.

The issue that Intel faces in the short term is that at some point transistors might be too small to be scientifically useful. In 2019 Intel said the company could only keep shrinking the transistors for another 5 years from that year on before they would reach the dead-end. After some delays in the manufacturing process of their new chip, Intel is beginning to roll out their 10-nanometer transistor processors in the latter half of 2019.

And as the transistors get smaller, the creation of them is beginning to cost more. Intel says making the chips smaller and sticking to the two year time frame set by Moore is becoming too stringent of a deadline and is essentially causing Moore’s Law to come undone.

However, it seems that Moore’s Law is ending at a time when a quantum leap in computing is needed. With more automation being required in industries, computing is going to need a new dawn. Computers as we know them will need to change from being glorified calculators, into artificially intelligent, sentient machines.

Engineers and scientists are hard at work putting together true artificial intelligence. Engineers are being tasked to build something that can learn, something that has its own human-like neural network.

The task is so big, novel approaches to the microprocessor are needed. Intel and others are investing over AU $18 million into startups that specialize in experimenting with the newer chip technologies that could lead to a new computing revolution. A startup named Untether AI is one of those companies. They reportedly have a new chip that can transfer data 1,000 times quicker than conventional chips that are being utilized for AI.

The opportunities that the future computers present, is becoming realized by industries in the fourth industrial revolution. And the benefit of new, novel processors will unlock a new computing future that will benefit business and humans in general. Untether AI’s focus is on their website - they write:

“Future devices will sense and make sense of the real world environment around them. They will do that by leveraging AI technology. To make that possible, processors have to handle the neural nets that make up AI with extreme efficiency. Devices that can react naturally to your spoken word and your slightest gesture are coming. To be able to accurately interpret the meaning, neural nets will run right on the device without draining your battery or overheating the device.”