Here is one for the PC master race. The University of California, Davis, is in the news for creating a new 1000-core "kilo-core" processor. Say what? Yes. The university's Department of Electrical and Computer Engineering have created a processing chip that is able to handle 1,000 independent processors. This would be considered the world's first kilo-core processor, the engineers said. Unless there is someone else out there who can take them up on the challenge and prove that something as impressive has already been built. The chip completely destroys the last record that saw only 300 processors on a multi-core chip.

The researchers also ensured that the chip is energy efficient. They say it can be powered by a single AA battery. The researchers showed their creation off at the 2016 Symposium on VLSI Technology and Circuits. 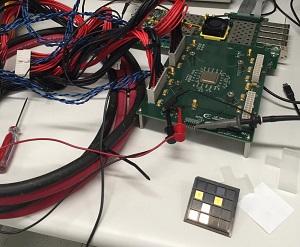 Bevan Baas, a professor of electrical and computer engineering at UC Davis, who was at the helm of the project, said: "To the best of our knowledge, it is the world's first 1000-processor chip and it is the highest clock rate processor ever designed in a university."

So who funded the thing? Unsurprisingly, IBM did.

But how fast does it really go? Baas said that 1,000 processors could handle 115 billion instructions per second. Another benefit of the independent processors being powered individually, the processors could shut themselves off to save battery life when they aren't being utilized.

So what do we do with a kilo-core processor? What can we use it for?

The truth is a lot of processes, however, it wouldn't be consumer-ready (for now) due to a hefty price tag. The team is certain it can be used for "wireless coding/decoding, video processing, encryption" and other large data applications. IBM already has a supercomputer that is on a top 5 list of the fastest computers in the world. Research into these kinds of microchip processors could see their computers becoming even faster.