Researchers from Swansea University could be sitting on a gold mine. The team has just been awarded £25,000 (about $37,000) from the Worshipful Company of Armourers and Brasiers. What? Who are we worshipping? The researchers have apparently made breakthroughs in corrosion inhibitors that prevent rust and corrosion, especially on steel products. They have developed this inhibitor to address the issue of a previous inhibitor which will be banned from the EU in 2019. That specific inhibitor is named "hexavalent chromate".

Hexavalent chromium is being banned for health reasons. According to the Occupational Safety and Health Administration in the U.S. the chromium is unsafe to work with. OHSA said: "The evidence in the record for rulemaking indicates that workers exposed to Cr(VI) are at an increased risk of developing lung cancer. The record also indicates that occupational exposure to Cr(VI) may result in asthma, and damage to the nasal epithelia and skin." 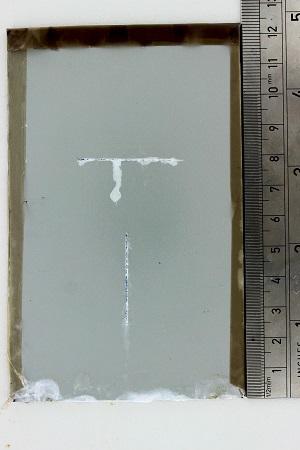 So, the University of Swansea's breakthrough that can be coated onto steel products to prevent their degradation is coming at the best time possible for the steel industry.

The researchers reportedly used aggressive electrolyte anions that were implemented into the coating. The coating then reacts and triggers a release of an inhibitor. They say the alternative they have come up with can be considered a "smart release coating" that outperforms hexavalent chromate.

Professor Gaint Williams, who is at the helm of the team at the University of Swansea's College of Engineering, said: "This is a significant breakthrough, showing a smarter and safer way of reducing corrosion. The new product is environmentally sound, economical, and outperforms the market leader in laboratory tests. It illustrates that Swansea, with its close links between research and industry, remains at the heart of innovation in steel."

The steel market is reportedly worth £3 billion ($4.4 billion) in Europe alone. Therefore, the corrosion inhibitor could make the researchers quite a bit of money based on coming up with a safer alternative to what steel is coated with today.

"The system has been shown to prevent the onset of corrosion for over 24 hours compared to less than two hours for the current market leader. We also have been able to demonstrate that the rate of corrosion can be slowed down significantly once it has started. This is by far the best result seen in 15 years of research on this topic," said Patrick Dodds, a doctoral student at the Univeristy of Swansea.