Engineers at The University of Wisconsin-Madison are into precision. How can you tell? They've created the slimmest, most flexible, silicon transistor ever. At the helm of the project is Zhenqiang Ma, who has shown off the transistor that works at 38 gigahertz, but could theoretically achieve 110 gigahertz. This means it is capable of computing speeds above smartphones. 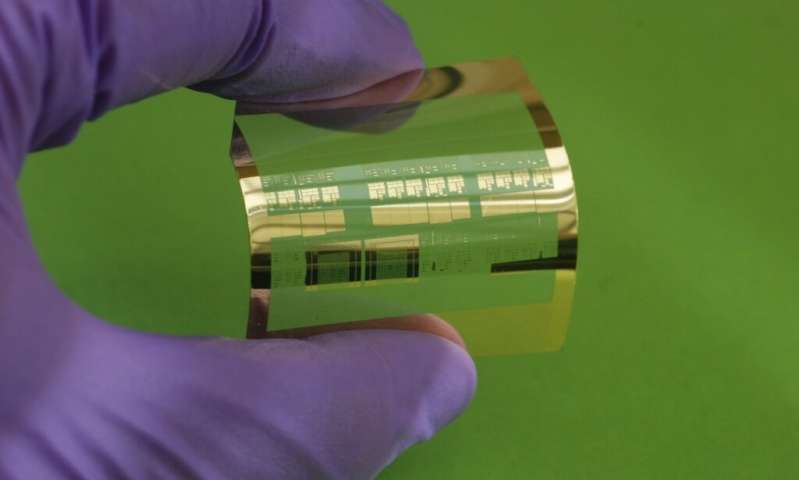 The findings were reported in the Scientific Reports journal. The slim, plastic transistor will have uncountable benefits for wearable technologies that are becoming more popular in the world today. The silicon-based transistor uses nanoscale fabrication methods at a low temperature. Then with a small knife, the patterns are cut into it based on where the manufacturer wants the circuitry to be placed.

Added to it are light-sensitive material and utilizes a technique called electron-beam lithography. According to Phys.org, the method includes a "focused beam of electrons to create shapes as narrow as 10 nanometers wide".

"Nanoimprint lithography addresses the future applications for flexible electronics. We don't want to make them the way the semiconductor industry does now. Our step, which is most critical for roll-to-roll printing, is ready," said Ma.

Ma admits that the demand for small devices with increased battery life is what is governing the way forward for flexible silicon conductors like these to exist. The engineers also say the chip will have biomedical engineering uses as well.

Ma says that they due to their flexibility "you can put them anywhere you want - on your skin, your clothes, wherever."