Home NewsEngineers speak out against the hard hat

Engineers speak out against the hard hat

The safety helmet seems to be the worldwide symbol for engineers. If you go to Google Images and type the word 'engineers', almost every single image that comes back is of people with hard hats on. To an average joe, engineers wear hard hats in their occupations. However, a new report indicates that engineers are tired of the hard hat as the worldwide symbol for engineering. Engineers want the symbol to be changed in educational works that emphasize the stereotype that all engineers wear hard hats. 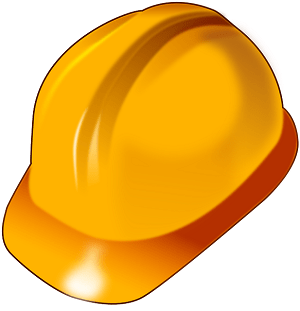 SMF say they invented the Index to show how pervasive the use of hard hats has become in "influential media". They believe that the image "limits the profile of engineers". So, has the Index worked and minimized the amount of stereotypical hard hats in mainstream media? The answer is: No. This year alone, hard hats have appeared 257 times in engineering media. The number is the highest it has been since the SMF Index was launched in 2013. The current Index shows that images of hard hats have risen 39% since 2013.

The President of SMF, David Falzani said: "The Hard Hat Index points out how the engineering community is choosing to represent itself in terms of image and emotional value. Generations Y and X are far more image and brand conscious than before. Image and emotional value are vital in our ability to attract, inspire, recruit and retain bright young people. This is a serious national challenge which we must all embrace."

SMF actually conducted a workshop with engineering graduates to discuss the use of the hard hat as a symbolic image for engineering. In the group of respondents, there were seventy students from the Royal Academy of Engineering. They showed the students 30 different advertisements that featured hard hats in them. Only 20 percent of the ads received positive feedback. Meaning, engineers feel underrepresented by advertising of engineers.

The question that remains is how to visually show what an engineer looks like. The multiple industries engineering caters to makes it impossible to secure one image.

"The Hard Hat Index is therefore designed to highlight how our industry is representing itself. It is disappointing to see that despite the question of the engineering brand being debated in the engineering media over the last 18 months, the hard hat representation in editorial is on the increase. This begs the question whether our industry is open to reinvention in order to persuade the public that engineering is an exciting, dynamic and rewarding profession," Falzani said.