The Twinkie is America's snack. Or, at least it used to be. If anything, it is a wonderfully engineered bit of a pastry for people who desire a cake with a bit of stuffing - or is that icing? Regardless, the company who make Twinkies, Hostess, almost went bankrupt twice. Just imagine if you were an American living in a world without Twinkies. In 2013, as Hostess admitted to bankruptcy due to employee and union "arrangements", the company was bought by another company named Apollo. Now, the company is going public and is valued at $2.3 billion. How did they turn it around? The answer is: Automation.

The company now at the helm of the Twinkies brand has let go of most of their employees. Five years 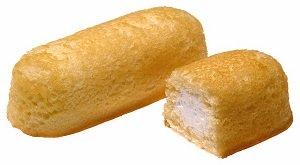 ago the company had 8,000 employees, now they have 1,170. The money that would've gone to those other 6,830 people was spent on revamping their industrial machinery and industrial ovens. $130 million was pumped into automation, making the company re-fire ovens that used to be used by 22,000 workers  (in 40 bakeries) when the company was in its heyday.

A robotic takeover of food industries is not a foreign idea and is happening every day. Hostess was crippled by employing humans. According to Forbes, the company had 372 bargaining contracts for workers, 5,500 delivery routes and "a vast production system" all headed up by humans. Now, with letting go of 94% of their employees and employing automated industrial food technology, they have saved the company.

The new factories that Twinkies are made in use a $20 million piece of automation tech called the Auto-Bake system. The industrial ovens use state-of-the-art PLC (programmable logic controller) systems to fully automate the production line. Robotic arms are also used to package the Twinkies into boxes and ensure that 1 million Twinkies make it out of the factory per day. That's 400 million a year. That was a year ago, the CEOs want to now employ a second Auto-Bake system and double the output. This would ensure that they produce more Twinkies than ever before in history.

Back in May, former CEO of McDonalds Ed Rensi said: "I was at the National Restaurant Show yesterday and if you look at the robotic devices that are coming into the restaurant industry -- it's cheaper to buy a $35,000 robotic arm than it is to hire an employee who's inefficient making $15 an hour bagging French fries -- it's nonsense and it's very destructive and it's inflationary and it's going to cause a job loss across [the United States] like you're not going to believe."

The harsh criticism of the food industry by Rensi can explain why it is is more lucrative for Hostess to employ robotic employees instead of union-affiliated employees that sent the company into a death-spiral years before.

To see how the Auto-Bake system works, take a look at the video below: