General Electric is considered to be one of the world's leading industrial companies, who have played a leading role in building energy infrastructure. They do this through their Power department, formally known as GE Power. They are one of the world leaders in power generation and water technologies, supplying utilities around the world. With the recent advancement of renewable energy technology, the company has made a big investment into what they think would further the renewable energy mandate in the world of today. 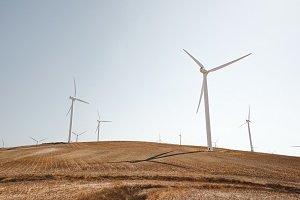 Yesterday, General Electric announced that they would be purchasing LM Wind Power, a company based in Denmark who manufacture and supply rotor blades to the wind industry. GE would be purchasing the company for a sum of $1.65 billion. A GE spokesperson said: "LM Wind Power has a terrific team, with a strong passion for their mission to power a cleaner world. Their values of customer focus, teamwork, trust, and ownership are harmonious with our own values. [GE] is very optimistic that together we will help shape the future of energy."

The figures speak for themselves. According to Business Wire, in 2015, 50% of new electricity infrastructure was made up of renewable energy sources, with wind accounting for 35% of those additions. GE has said that buying the blade manufacturer will catapult them into a habit of in-house blade design and manufacturing that will compliment their renewable energy business. In another report by Markets and Markets, solar and wind renewable energy technologies accounted for 77% of the amount of renewable energy produced in the United States last year.

Jérôme Pécresse, chief executive of GE Renewable Energy told Wall Street Journal: "We'll be more local, have more flexibility and knowledge in turbine design and supply, and more ability to innovate and reduce product costs while improving turbine performance."  LM Wind Power currently has 13 factories spread across 8 countries including Denmark, Spain, Poland, Canada, USA, India, China and Brazil. So, the purchasing of the company will put GE in a good position for being a leading supplier of wind turbine blade technology.

In a video below, you can see a company known as Icewind, who are engineering novel wind turbines according to a design named the 'Savonius vertical axis' wind turbine. These are turbines that can spin for hours with minimal wind and generate electricity. Apparently, the design of Icewind's turbines ensures that the turbines cannot spin at speeds too fast for the turbine to handle. Conventional wind turbines sometimes pick up too much speed and break the turbines.