Germany. May 8th, 2016. Renewable energy in the country was utilized more than it had ever been utilized in the past. The country almost operated completely on renewable energy and left fossil fuels wondering what had happened. According to Bloomberg, at 2 p.m. on Sunday renewable energy sources supplied 45.5 gigawatts of the 45.8 gigawatts that were being demanded.

"Events like this highlight that eventually we may need to start curtailing because of market-wide oversupply. In the long-run, that may provide a case to build technologies that can manage this oversupply -- for example more interconnectors or energy storage," said Monne Depreaetere, an analyst at Bloomberg. 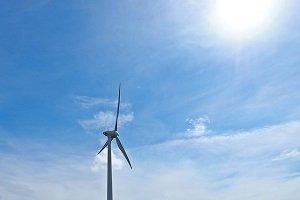 The contributing factor, that cannot be reproduced at the drop of a hat, unfortunately, was weather conditions. There was a lot of wind on Sunday and that send wind turbines a-spinning. Germany is, however, currently getting a third of its energy from renewable energy sources. Additionally, solar, hydro and biomass plants factored into the amount of renewable energy that was supplying the country with energy for a few hours. At 2 p.m. the cost of energy was in the negative numbers in Germany, which means Germans were making money by using electricity.

Germany is focusing on 100% renewable energy by 2050, pushing forward and hoping to achieve most of the goals by 2030, which some critics have their doubts about.

And then out of nowhere, Portugal joined the party as well. They ran on competely renewable energy for four consecutive days. They ran from Saturday, 7 May to Wednesday, 11 May. Portugal has put a lot of funding behind solar energy to ensure that these sorts of feats of engineering are possible.