It must be one of the most rewarding industries in engineering. Many aspiring engineers in their youth dream of achieving a career in the industry. It entails an amalgamation of engineering disciplines coming together in the design and manufacture of a roaring, road-eating machine.

Automotive engineering incorporates mechanical, electrical, electronic, software and safety engineering. It has given rise to the hobbyists, the racing professionals, and the businessmen. And the industry has just lost one of its stars. Roy Lunn is one of Ford’s most celebrated engineers. He passed away on the 5th of August 2017 at the age of 92. Originally from Britain, he started his career by obtaining degrees in mechanical and aeronautical engineering at Kingston Technical College, where after he became a pilot in the Royal Air Force. At the end of World War 2, he began his career in automotive engineering. He took his hobby of racing sports cars and made it his career. And what a career it was.

Roy worked for AC Cars in 1946, moved to Aston Martin and worked there from 1947- 49 (where he got his first taste for the Le Mans race) and then moved over to Jowett Cars. In 1953, he joined Ford of England. He was an engineer and product-planning manager for the Ford Motor Company in the United States by 1958. He worked in a department known as the Ford Advanced Concepts Group. Roy Lunn was inducted into the Automotive Hall of Fame in 2016. It was on the 50th anniversary of Ford Motor Company’s 1-2-3 finish at the 1966 iteration of the 24 Hours Le Mans race. Roy worked on the GT40 project that led to the undoing of Ferrari’s dominance in the Le Mans race. Ford went on to win the Le Mans race four more times after ‘66.

He didn’t stop there. Lunn contributed to Ford’s most iconic, most recognizable car, The Mustang. Lunn worked on the design team that engineered the 1970 BOSS 429 Mustang. He had had a hand in the design of the Mustang many years before that as well.

He also worked on the presidential limousine for President Nixon and used his engineering background in turbines to produce a gas-turbine-powered 18-wheeler long-distance vehicle, named ‘Big Red’.

Later on in his career, he slowed down a little, but led teams that would manufacture consumer cars. In 1983 he led a team at American Motors Corporation that birthed the Jeep Cherokee. Lunn became the technical director of Jeep and paved the way for the SUVs we know today.  Under Roy Lunn, the automotive world saw the first unibody, four-wheel-drive SUV.

For his work on that Cherokee Lunn is today considered the forefather (and ‘Godfather’), of the SUV. The car went on to sell 3 million units, and according to Autoweek, was the first American-branded vehicle to outsource its manufacturing to China.

Towards the end of his life, Lunn began driving a Toyota Prius in a bid to embrace the future of automotive engineering. He also dreamed of contributing to the future of sustainable and clean automotive engineering. According to the New York Times, Lunn began developing a three-wheeled electric vehicle, built out of completely sustainable materials and costing $5,000. 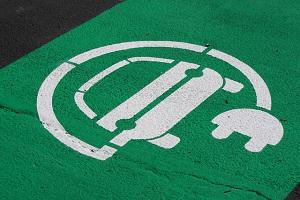 In 2008, Lunn published a book, ‘Globalization - A Worldwide Quest for A Sustainable Future’. Showing that he truly cared for the earth’s future.

Connecting the dots of Roy Lunn’s impact on automotive engineering reveals how influential his presence was to the industry throughout his life. And as automotive engineers endeavor to follow in the footsteps of inspiring Roy Lunn, his influence will stretch into the future too.