India has successfully launched its first mini space shuttle. The shuttle is known as the Reusable Launch Vehicle - Technology Demonstrator (RLV-TD) which is an unmanned vehicle that the Indian space Research Organization (ISRO) successfully ascended to 41 miles after it had separated from the rocket.  It is a winged body vehicle enabled it to make its way back to earth and attempted a runway landing. The virtual runway was a once off runway specifically cordoned off for the landing. One wonders whether the landing was as graceful as SpaceX's recent barge landings, nonetheless, it looks like Elon Musk might have some competition in the reusable rocket industry. 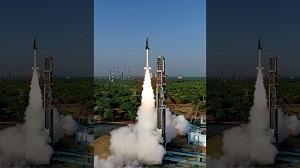 The re-usable vehicle was built by the Vikram Sarabhai Space Center by a team of 600 engineers in a space of five years and has finally launched. The Prime Minister, Narendra Modi, congratulated them by tweeting: "Launch of India's first indigenous space shuttle RLV-TD is the result of the industrious efforts of our scientists. Congrats to them."

America has abandoned their space shuttle programs, but it seems India is just getting started. In a statement, the ISRO said: "In this flight, critical technologies such as autonomous navigation, guidance & control, reusable thermal protection system and re-entry mission management have been successfully validated." The operation took 13 minutes to complete, showing that India's aerospace engineers are more than capable to launch small-scale rockets and space shuttles.

David Wireman, an aerospace specialist at consultancy AlixPartners, told Bloomberg: "While India's effort is behind the likes of SpaceX and Blue Origin, there are still others further behind and all of the solutions remain to be proven, both technically and from a cost perspective. Although the technical hurdles are quite high, it's reasonable to believe India can be successful."