It may be a landmark year for Indian engineering. This year, at the end of March, India’s Space Research Organization (ISRO) will land an unmanned rover on the moon.

They will be sending an orbiter, a lander, and a rover in what it is being called the Chandrayaan-2 mission. Directly translated, using a combination of Sanskrit and Hindi, Chandrayaan means ‘Moon Vehicle’. ISRO has sent an orbiter around the moon before, but eventually lost contact with it. 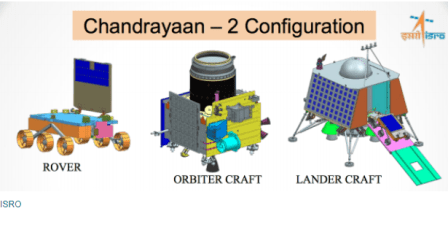 The project’s cost has seen many estimates; some suggest it will be US$93 million, whilst others say US$70 million. For comparison sake, the Chandrayaan-1 mission, which only orbited the moon, cost $83 million in 2008.

Nonetheless, ISRO are hoping to challenge their engineers quite significantly in the next few years; they hope to launch a satellite on a 5-year journey to study cosmic radiation after their lunar mission.

It was estimated by the International community Empowerment Foundation Monitor that, with China, India would produce 40 percent of global STEM graduates by 2020. However, education experts are reporting that graduates from India are not being ably prepared for the job market.

According to the Deccan Chronicle, 1.5 million engineering graduates are produced in India every year, but more than half of them do not find jobs in the industry. Professor Venkata Gaddam Reddy, an education expert, said:

“About 80 percent of engineering graduates are not employable because of poor quality, shortage of quality faculty, inadequate funds and infrastructure, lack of practical training or industry internships and no research activities.”

“While the government is emphasizing the need to build focus on research and development for gaining competitive edge on the global forefront, there are very few scientists and researchers who emerge as public role models.”

These revelations were highlighted in a new study that revealed that only 3 in 10 engineering graduates from India have any knowledge of international researchers or research journals in their field of study. Students reported that engineering course curricula did not truly align with the practical requirements of the engineering industry.