International Engineering and the Study Challenge

More than ever engineers cross and re-cross borders to tackle projects. Engineers Without Borders is a not-for-profit organization even named for its international work. It is, however, not alone. Many engineering companies employ teams who, by necessity, become seasonal (and unseasonal) travelers in order to work on assignments around the world.

Allen Doyle, one of EIT’s students and someone whose work has sent him to many countries, is justly proud of his qualification. He describes study as the one area of his life that he had previously been unable to successfully complete; largely because his work demanded that he remain on the road. 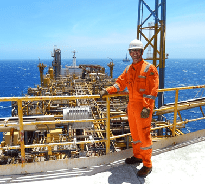 His own words reveal why EIT was able to provide him with the necessary platform for success,

“I could attend (the sessions with my  lecturers; the live webcasts) from anywhere in the world; Brazil, Lesotho, South Africa, I even attended a class in the backseat of the car while en route to the Kruger National Park.”

Separate to experience gained on the job, regular professional development and study is critical in all occupations. It has always been considered essential for career advancement, but now the pace at which technology moves and changes has made it also vital for employees who need to remain relevant and technically savvy.

Traditional educational and training approaches and the often overwhelming demands of life are, however, stacked against individuals who plan to up-skill. Fortunately the economics truism of supply and demand has come to the aid of ambitious and/or hard-working individuals. Ironically, the key is technology: An online education platform; offering live, interactive learning.

A cultural shift is required, but the flexibility of a campus-free education has many converts. As Allen states, “There are enough options at EIT to accommodate you, financially or academically”.
A heart-warming fact is that having achieved the Advanced Diploma of Industrial Automation Allen feels motivated to pursue further study. In his words, “I’m heading off to China in February for a new project; we will commission a Generation 3 FPSO. As soon as we are in a steady operational state I will look into another course to do at EIT.”