Global Engineering organizations have created cross-cultural spaces wherein all races, religions, and personality types coexist. And with more first world countries looking to take their engineering education and training beyond their borders, the meeting of cultures will increasingly occur. Today it doesn’t matter who you are or where you’re from, if you have the knack for engineering you can be educated and trained up to a global spec.

As early as the turn of the millennium, the year 2000, the Auckland University of Technology’s Faculty of Science and Engineering foresaw the trend; a mix of cultures, working together and creating the kinds of technologies we have observed over the last 18 years. 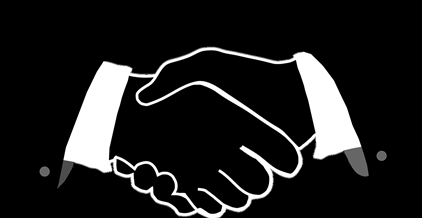 Professor John Buckeridge, from the university’s Faculty of Science and Engineering, wrote a report entitled, ‘The Y2K Imperative: The Globalisation of Engineering Education’. It highlights that with the establishment of the Washington Accord, in 1988, real multi-cultural Engineering began. The Accord was an agreement signed by the professional engineering bodies of Australia, Canada, Eire, Great Britain, New Zealand and the United States of America. Not long afterwards, China and South Africa became signatories.

Buckeridge said that the signing of the Accord began a shift in the Engineering industry. He writes:

“The net result has been a partial inter-nationalisation of the profession, such that appropriately qualified members of one Professional Engineering Institution be admitted, upon application, to the relevant grade of membership of another Institution within the Accord without further examination or interview.”

Since then multiculturalism in Engineering has burgeoned. Now the world is quite literally the prospective Engineer’s oyster. Globally, students can study an online course, get a globally recognized qualification and work in many countries or thrive in their own. The mobile engineer may have to face some cultural challenges, but nothing that cannot be turned into a positive if he/she is well-prepared.

It is not unusual to see engineers travelling internationally for work; in fact some do so with such regularity that they become ‘culturally literate’.

Someone who understands cultural literacy, because of the research she has conducted into it, is American author, Professor Erin Meyer. She has written a book entitled, ‘The Culture Map: Breaking through the Invisible Boundaries of Global Business’. In a lecture on the topic she reflected on some of her cultural missteps doing business around the world. She said:

“I was on a trip to Japan with a Japanese colleague. I gave a short presentation to a group of Japanese participants, and at the end of the presentation I asked them if they had any questions. No one raised a hand so I went to sit down.”

Erin’s Japanese colleague whispered to her that there were questions and proceeded to single out one person who did indeed ask a question.

Perplexed, Erin asked her colleague to explain. Apparently it was to do with “how bright their eyes were.”

“In Japan, we don’t make as much direct eye contact as you do in the West. So, when you ask people if they have any questions, most people are not looking at you directly. But, a few people in the audience are looking directly at you, and their eyes are bright. And that indicates that they would be comfortable with you calling on them.”

The Japanese describe someone’s shortcomings in social interactions as ‘Kuuki Yomenai’, or ‘KY’. The term is used to describe someone who is unable to read a situation or unable to pick up the mood of a conversation. Thus, a Westerner may be guilty of not - as the Japanese put it - ‘reading the air’ well enough.

In her book, Erin has designed a pattern of dealing with different cultures in different multicultural spaces. She said:

Engineers, and students of engineering, should take advantage of every opportunity to interact with people who are culturally diverse. Be open to their differences and be prepared to learn their customs. This is an approach that will go a long way to ensuring their success as engineers of the world.