Is the university degree still an employment prerequisite?

The Australian Bureau of Statistics (ABS) state that 66% of Australians are university graduates or have completed an apprenticeship.

In Australia, getting a job without a degree in certain industries was once commonplace, however, employers are now requiring that all important piece of paper; the degree. Joshua Krook, a Doctoral Candidate in Law at the University of Adelaide, writing for The Conversation, alludes to the fact that the goalposts are continually being moved when it comes to higher education qualifications. He writes:

For the millennial generation, the reality is that they might have to be behind the books for a couple of years more than their parents were.

Are the 66% of Australians who hold some sort of qualification being snapped up by the work force? Are modern day companies interested in them? Or do they need to gain further education before landing the ideal job? It seems not. Many companies are, increasingly, altering their recruiting policies. 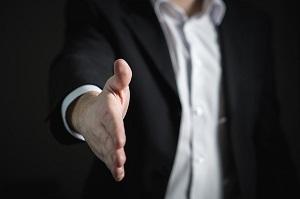 Ernst & Young, one of the biggest accounting firms, and one of the biggest graduate recruiters in the United Kingdom, took a bold step in 2015. They decided to drop the degree prerequisite for prospective employees. They said they wanted to hire people regardless of their academic backgrounds. They opened up 1,600 graduate, school leaver and intern positions.

Their thinking was that they could train people from within the company without the need for the four year degrees behind their names. After a two year trial some of their feedback is interesting:

The company received 75% more applications as a result of their recruitment alterations - they received 37,000 applications for the 1,600 graduate, school leaver and intern vacancies. As a result, 18% of their 2016 graduate intake would have previously been unable to work at the company and now they do.

Malcolm Trobe, the deputy general secretary of the Association of School and College Leaders told the Independent:

“Academic qualifications will always be vitally important but companies often want to ensure that the people they employ have strengths and skills they specifically require for their business. We fully support any system which opens up opportunities for people regardless of their background.”

Recruitment strategies have also been adjusted at companies like PriceWaterhouseCoopers, Ogilvy Group, Apple, and Google, according to Krook.

Engineering with no degree?

Dion Chang, a futurologist and South African trend analyst that founded an analysis company named Flux Trends argues that the traditional degree, at least in a South African context, is dead. However, he does concede that some professions still need the age-old approach. He said:

“Obviously there are many professions that still require traditional academic studies, but overall, the skills needed for future jobs and new templates of business point towards multiple and varied short courses (for example, coding or user experience design), internships and on-the-job learning.”

Chang says that with South Africa’s widening skills gap and its unemployment rates, an academic qualification will be valued less. Technical and vocational skills, and the skills from specialized short courses, might be the key to rebuilding the economy and producing effective graduates. Work experience seems to take precedence over a four-year degree in shaky socioeconomic times.

“All industries are experiencing some form of disruption. Digitization continues to collapse the traditional value chain of each industry,” he says. New skills are needed - skills that your run-of-the-mill degrees might not cover. “A degree no longer guarantees you a job,” Chang concludes. 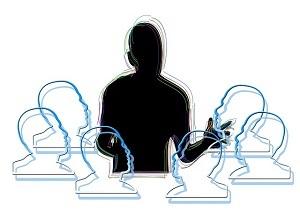 For those industries that do still require academic endeavor, studying towards a degree is becoming simpler, thanks to the internet. Online degrees can offer more specialized modules and topics to prepare and reskill people for the changing world of employment. It is, however, becoming more difficult for on-campus universities to offer these specializations because without large groups of students the cost is just too great.

Online engineering education and training for those in employment is also an option that individuals and their companies are beginning to embrace. They are realizing that qualifications can be acquired through online universities and institutions, but with minimal or no disruption to full time work.

Those short courses that Chang believes are essential for the development of vital, industry-based skills are also available online. Furthermore, the connectivity of the world means that remote labs and simulation software can furnish trainees with most of the practical skills they need.

Laurence Brockliss, an historian and author at Oxford penned the book: The University of Oxford - A History. He warns that Oxford runs the risk of becoming irrelevant if they do not follow the trend of oncoming online education.

“I don’t think it’s a serious threat at the moment, but I could envisage 10 or 15 years down the road of the newer universities developing online undergraduate degrees in a serious and creative way. If that were to happen and if employers - and employers would determine the success or failure of this - were to feel the quality of the education was as good as residential universities were giving, then that kind of initiative would really take off.”