The future of technology and world class education hinges on the ability of universities to continue to provide a premium higher education experience. Their curricula need to be aligned closely to the demands of the world more than ever before. According to University World News, Zimbabwe has warned their universities that they must return to their initial STEM mandates thereby reverting to their cores. By producing STEM professionals the government believes they can help to create wealth in a country which has endured protracted and very difficult economic times. A large chunk of the country’s prosperity depends on how many STEM jobs are being filled.

The Deputy Minister of Higher and Tertiary Education, Science and Technology of Zimbabwe, Honorable Dr Godfrey Gandawa was quoted by Chronicle, saying:

“We cannot continue to ignore the global trend; there is a need for serious curriculum reform. Students deserve a modern education right now. Instead of a 19th century style, students need modern competences, development of a growth mind-set and a strong character.”

Britain has addressed the need for more STEM professionals; according to the Telegraph, candidates best suited to employers’ demands have increased. In recent years the demand for STEM professionals versus the number of suitable candidates was a ratio of 2:1. The ratio is now 0.90.

Interestingly, the millennial generation: people in their 20s, and 30s are very interested in forming part of STEM industries, whereas the Baby Boomers (those nearing retirement age) are less keen on finding STEM jobs. These revelations came from online jobs classifieds giant, Indeed.

There is a hurdle remaining when it comes to addressing the shortages of STEM professionals around the world. It involves the training and retaining of school teachers who teach STEM subjects ably and in the context of the demands of the real world.

The Scottish government has put together a plan that would offer bursaries to those wishing to be trained as teachers of STEM subjects. These bursaries would total £20,000 each. 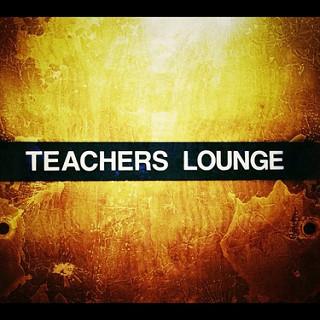 The country is hoping to find 100 bursary candidates a year, thereby budgeting £1 million per year.

“STEM subjects are crucial, not just to the education of our children but the future of the economy. We need to recruit more teachers in these subjects. And to do that, we need to reach beyond recent graduates and attract people who have the appropriate subject degree but are working in business or industry.”

Whether or not the Scottish government’s plans will work, governments are all in agreement: innovative and relevant STEM education (with some stress on entrepreneurial endeavor) and STEM graduates are critical to the growing of the global economy.

“STEM: Foundation for a Progressive Future.” The Chronicle, www.chronicle.co.zw/stem-foundation-for-a-progressive-future/.