The speed at which a lithium-ion battery charges, remains a unique scientific and engineering challenge. Historically, slow charging has been responsible for limiting the development of vehicles and technologies that need to constantly recharge. This is, however, changing as technology advances.

The safety of lithium-ion batteries has also been a sore point in the history of battery technology. But with new sensor technology these batteries are becoming less risky.

Ensuring no thermal runaway occurs in Li-ion batteries is important for the future of vehicles and other technologies dependent on them. In fact temperature control, the speed of charging and general battery safety is paramount. 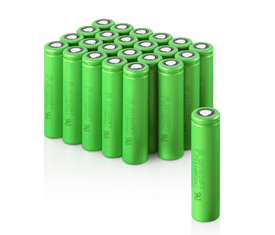 Interestingly University of Warwick researchers claim that Li-ion batteries already sold in commercial settings can be charged faster than previously thought. They also assert that this could improve their safety. With new sensor technology embedded into the battery a speedier charge and reduction in risk will result, they believe.

The researchers have published their findings in a journal named Electrochimica Acta under the title: “Understanding the limits of rapid charging using instrumented commercial 18650 high energy Li-ion cells.”

18650 high energy Li-ion cells are the ones found in our electronics, future electric vehicles and our energy storage units. Now, with new sensor technology, the inner-workings of the Li-ion battery can be monitored and will open a new pathway to battery flexibility.

“This could bring huge benefits to areas such as motor racing, which would gain obvious benefits from being able to push the performance limits, but it also creates massive opportunities for consumers and energy storage providers.

The Warwick University researchers say the new sensor technology will allow for flexible charging functionality, but has revealed that we have been charging the batteries more slowly than necessary. Amietszajew said:

“Faster charging as always comes at the expense of overall battery life, but many consumers would welcome the ability to charge a vehicle battery quickly when short journey times are required and then to switch to standard charge periods at other times. This technology is ready to apply now to commercial batteries, but we would need to ensure that battery management systems on vehicles, and that the infrastructure being put in for electric vehicles, are able to accommodate variable charging rates that would include these new precisely tuned profiles/limits.”

It may even ensure that the Li-ion batteries do not overcharge. There are already measures in place to prevent electronics’ Li-ion batteries from overcharging, although it still occurs in certain Li-ion applications.

“Prolonged charging above 4.30 volts on a Li-ion designed for a 4.20V/cell will plate metallic lithium on the anode. The cathode material becomes an oxidizing agent, loses stability and produces carbon dioxide (CO2). The cell pressure rises and if the charge is allowed to continue, the current interrupt device (CID) responsible for cell safety disconnects at 1000-1,380kPa (145-200psi). Should the pressure rise further, a safety membrane on some Li-ion bursts open at about 3,450kPa (500psi) and the cell might eventually vent with flame.”