I can sometimes be seen on a rod but I'm not a fish. I can be forked but I'm not a tongue. I'm bright but I'm not the sun. I'm electric but I don't have any wires. I'm seen during a storm but I'm not a cloud. What am I? Seeing as though it's Friday, I'll let you off the hook and give you the answer. It's lightning.

In this article, two industries that seem to produce conductive elements that attract lightning, will be focused on. However, here is a list of just some of the objects that need earthing and grounding:

Wind turbines are behind a lot of the clean energy production that is sticking to governmental agreements to minimize the amount of greenhouse gases, especially in Europe. Ensuring the turbines aren't hit by lightning is an enormous undertaking due to the very pole-like nature the turbines have, including the electromagnetic fields the turbines produce. They are a glaring target for lightning. Reports of damaged blades and the electronic equipment inside the turbines have been seen in the industry due to bad grounding practices.

Wind Farm Bop writes that there are 3 main characteristics of an earthing system: 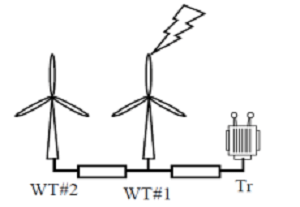 Reggie Meuller, an engineer from Burndy, who manufacture earthing materials, has lectured a series on grounding, specific to wind turbines. He says that for wind turbines, a ground grid system is a low-resistance system that works. "It's counter-productive if you have one ground rod for one cabinet, another ground rod for another cabinet, you want to be able to have it all go to one location," he said.

A new solution to grounding wind turbines has been an invention out of Spain named the Halo Lightning Suppressor. It deionizes the space around an electricity generating turbine. The technology boasts a 100% guarantee that lightning will be avoided. 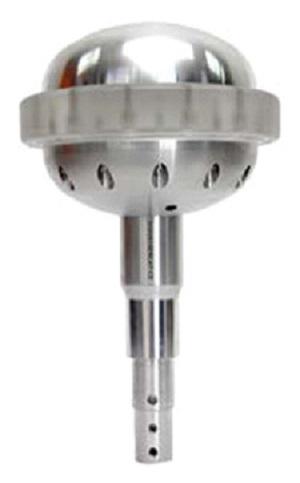 Jay Kothari, the president of EMP Solutions - the company who has developed the Halo Lightning Suppressor - has underlined the problems wind turbines have. He said: “The first issue is the problem caused by atmospheric lightning, and second, because the turbine is spinning, it generates its own electrical field. So you have the static from the turbine as well. The solution is to deionize the air passing overhead and dissipate the static charge generated by the spinning blades. For that, we install a unit inside the tower to pull some the static electricity off the blades and send it to ground. And we install a unit on top of the turbine to dissipate the charges generated by the storm cloud. The two devices provide a huge area of protection. A single device can protect a 100-m radius or about 337,000 ft2 of space."

Therefore, instead of trying to predict where lightning is going to strike, EMP Solutions tries to ensure that lightning doesn't strike at all. However, the company does admit lightning areas prone to lightning do require ground earthing systems regardless of their 'wonder-tool' that claims to undercut lightning.

The Dean of Engineering at the Engineering Institue of Technology, Steve Mackay, in a new episode of the Engineering News Network has spoken out against the myths of lightning. Talking about fiber, Mackay said: "If you're ever working with daily communications systems in lightning prone areas, always try and use fiber. Fiber gets rid of all the problems because fiber, of course, doesn't conduct lightning and of course, is immune to any electromagnetic interference. So, it's a really good solution." Mackay further warns that the misconception of lightning not striking twice is also a nonsensical myth due to the Empire State Building being struck multiple times a year, and emphasizing that lightning is unpredictable in that way.