Dr Arti Siddhpura is one of EIT’s on-campus lecturers and is a decorated academic, holding a Doctor of Philosophy in Mechanical Engineering from the University of Western Australia. 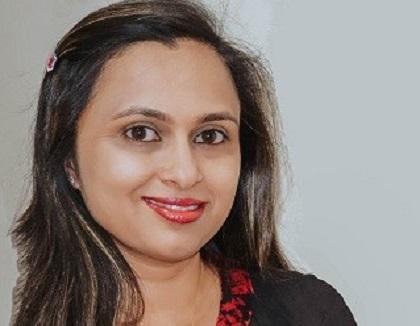 In 2008, Dr Siddhpura made the move from India to Australia, working as a casual academic at the University of New South Wales. However, by March of 2009, she has earned a position as a Research Scholar at the University of Western Australia. It was there that she began work on her Ph.D. in Mechanical Engineering, graduating in 2013. Her research has now been recognized internationally and has been published in several reputable peer reviewed journals.

Dr Siddhpura says her passion to succeed in the engineering world was all thanks to her father, who made an indelible imprint on her life. She now pursues her work with a desire to impart her experience and knowledge on others in the world, helping lead them on the path to a rewarding career in the field of engineering.

“My father sparked my interest in machines and tools as I saw him working on all different DIY projects during his spare time while growing up. After accomplishing a few engineering degrees leading to a Ph.D. in Engineering, mechanical engineering became my passion. I wanted to induce the same interest in others. The only way to do so is through engineering education and training. Hence, I ended up in the field of engineering training and education.”

After several lecturing and researcher positions in Western Australia, Arti joined EIT as an on-campus lecturer in 2019. She now spends her days at our Perth campus molding the next generation of future engineers.

“On a day-to-day basis, my lecturing responsibilities include preparations, lecture recordings, live delivery of tutorial sessions, creating assessments, marking assessments in addition to thinking and coming up with all different ideas to help students understand various engineering concepts,” she explained.

“I am also involved in the review and revision of various higher-education and VET courses and their contents. I coordinate orientation sessions before the semesters begin and lecturer training sessions throughout the year. I am heavily involved in research and scholarship activities and I have published and presented research articles in international conferences around the world.”

Dr Siddhpura says she wants more girls to be introduced into the engineering world at a young age so they can shatter stereotypes and become global leaders in STEM later on in their careers. In turn, she says, women can become role models for others. She encourages women to chase their PhD dreams:

“Personally, I feel that I am growing exponentially with ever-growing new courses at EIT. Each semester since I joined full time, I have been developing and teaching at least one brand new subject, which is a challenging yet rewarding endeavor. EIT has been undergoing a steep trajectory of growth in the last year and is developing heaps of new higher-education courses.”
She notes her excitement for the launch of EIT’s Masters courses in Mechanical Engineering, Civil and Structural, and Electrical Engineering.