Onwards and upwards, Tesla has announced that a second residential microgrid is being set up in 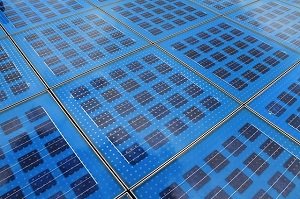 Australia. According to Seeking Alpha, a development named "Merri-green" in Melbourne will be receiving twenty Tesla PowerWalls connected to rooftop solar photovoltaic technologies. A single house's setup is said to be approximately $7400+ for the entire solar PV, storage unit, and energy management link.

Earlier in April, PV-Magazine revealed that 170,000 households in West Australia would see rooftop photovoltaic energy solutions installed this year. The Australian Renewable Energy Agency (ARENA) says that entire suburb microgrids present a unique opportunity for energy retailers, developers, and consumers alike - where everyone benefits. The microgrids will also supply energy to utility grids, selling energy back to the grid, which then gives consumers pay back benefits to renting out apartments and houses with rooftop PV solutions. Recent reports by GTM Research indicate that Australia's energy storage market would have grown by 37-fold between 2015 and 2020.

Australia aims to achieve 100% renewable energy by 2020. One of the ways they are trying to do this is by implementing dozens of microgrid solutions to entire suburbs. The country already has 5 gigawatts of energy produced by rooftop solar PV technologies. Australia is reportedly also used as the "testing field" for 27 battery suppliers, making the country one of the most important players in the energy storage industry.