The Netherlands have become the first country to establish a country-wide network dedicated to the future of connecting cars, smart-grids and smart-city applications to an interconnected cloud. 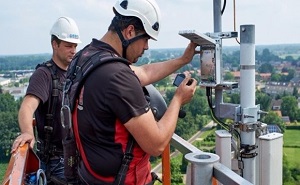 The network is being supplied by a telecoms company known as KPN. They are calling it the LoRa network.

Chief Operations Officer and a member of the Board of Management of KPN, Joost Farwerck, in a press release from the company, said: "Last year we identified an increasing demand for low-power network technology for Internet of Things applications. We are responding to this by choosing LoRa, so millions of devices can be connected to the internet in a cost-effective manner. In less than a year, KPN has implemented a network that allows us to satisfy this market demand."

KPN says there are 1.5 million devices ready to be connected to the network. Cisco, a company wanting to capitalize on internet of things technologies, has endorsed the LoRa-like networks by releasing a gateway and an adapter module that would allow their switches to connect to the unlicensed spectrum (LoRa network).

Following suit, South Korea has also launched its own commercial Internet of Things network. The network has been provided by SK Telecom and will reportedly be available for 99% of the country's population. The company says that the new network will assist with delivering data and analytics across cities. Some of the applications include:

Lee Hyung-hee, President of Mobile Network Business at SK Telecom, said: "SK Telecom is proud to announce the nationwide deployment of LoRaWAN as it marks the first important step towards realizing connectivity between infinite number of things, going beyond the traditional role of telecommunications centered on connectivity between people. Going forward, SK Telecom will develop and offer a wide variety of IoT services designed to offer new value for customers, while working closely with partners including SMEs and startups to vitalize the IoT ecosystem."