The world needs helium. We use it for many things, and then usually waste it by sucking it out of a balloon and putting on a cartoonish voice. Recent reports have indicated that the world is running low on helium due to the lack of new reserves. Thankfully, researchers in Tanzania have discovered a new reserve. Good news for balloon animals but also good news for MRI scanners and nuclear power plants. However, nuclear power plants need a special kind of helium, but the good news continues because the researchers in Tanzania say the new reserve is filled to the brim with "world-class" helium. The researchers have been working with a Norwegian company specializing in helium named Helium One. The researchers are from the University of Oxford and Durham University. 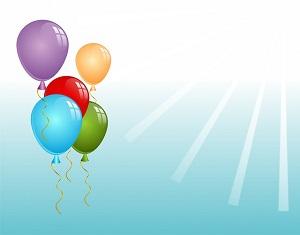 "This researcher shows that volcanic activity provides the intense heat necessary to release the gas from ancient, helium-bearing rocks. Within the Tanzanian East African Rift Valley, volcanoes have released helium from ancient deep rocks and have trapped this helium in shallower gas fields," said the University of Oxford in a statement.

The researchers use similar drilling techniques used in oil and gas discovery. Chris Ballentine, chief of geochemistry at Oxford who worked on the team that discovered the new helium, spoke to the Washington Post. He said: "We look for source rock, we look for a mechanism to release the gas from the source, and we look to understand how gases migrate and looking for trapping structures."

We also use helium in semiconductor manufacturing. Rodney Morgan, the vice president of procurement at the Semiconductor Industry Association said: "Although the semiconductor industry consumes only a small amount of the overall quantity of helium used today, it remains a critical, irreplaceable input into our manufacturing process."

Helium is also used to clean NASA's space shuttle engines. So, we imagine Elon Musk is probably doing the same. This means, we need a lot of helium in the world, without even considering what uses the most helium, which is, of course, helium balloons.

So, good thing we've found more, then. Diveena Danabalan of Durhan University's Department of Earth Sciences spoke to CNN, saying: "We are now working to identify the 'goldilocks-zone' between the ancient crust and the modern volcanoes where the balance between helium release and volcanic dilution is 'just right."