Potholes are a global problem. Wherever there are roads, it's likely, that you'll eventually see a pothole. Some countries have it worse off than others when it comes to road maintenance, and could see potholes remain unfilled for a long period of time. Civil engineers all around the world are adamant to find a 'one size fits all' approach to ending the problem of potholes in their respective countries. One of the countries that suffer from unrepaired potholes is South Africa. $3.3 billion is spent every year on vehicle repairs and medical injury costs due to potholes.

The Council for Scientific and Industrial Research (CSIR) unveiled a new technology they had developed at the end of 2015. It is called the Visual Surveying Platform (VSP). The research had been done by a group of researchers at the CSIR and they published their findings under the title: Visual surveying platform for the automated detection of road surface distresses. 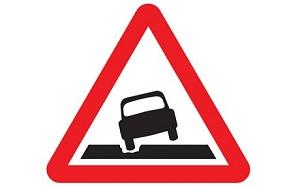 "To improve the efficiency of maintenance and reduce the cost thereof, the Visual Surveying Platform (VSP) is being developed that will automatically detect and analyze road distresses. The VSP consists of a vehicle-mounted sensor system, consist of a high-speed speed camera and a Global Positioning System (GPS) receiver, and an analysis and visualization software suit," the researchers wrote.

The system is inexpensive and efficient, the researchers say. One can be produced for just $33,000. The system video records the road surface and then analyzes the recordings through automated analysis which would be able to flag which roads have defects and require repairing.

It's an impressive step forward for the country and for the technology of pothole prevention and pothole repair.

The United Kingdom has also improved the efficiency of pothole repair, with similar technology the CSIR uses, but actually built into the pothole repairing vehicle. Some municipalities have invested into the Archway Roadmaster 295. The vehicle is able to patch up a pothole in three minutes. A front mounted boom extends out from the face of the truck and is used to spray the bitumen mix onto the road surface and patch up the pothole. To see the Roadmaster in action, take a look at the video below:

If you are in the civil engineering industry, let us know how you plan on tackling the global problem of potholes. Use our comments section and let us know.