Home NewsNew surf park will be a civil engineering marvel

New surf park will be a civil engineering marvel

Surely civil engineers who get to work on the world's largest and most up-and-coming vacation spots are the envy of their profession!

South Korean (and Spanish) civil engineers will be hard at work on the world’s largest man-made surf park in Turtle Island, South Korea very soon. Spanish wave pool company Wavegarden made the announcement in November 2018, reporting that they had signed a contract with Daewon Plus Construction — who happen to be South Korea's largest real estate and theme park developers.

Turtle Island, a man-made island (literally in the shape of a turtle) is just an hour away from Seoul, the capital of South Korea. The image you are seeing above is the open land at Turtle Island where the hotels, Wavegarden park, and the marina will be constructed.

In their press statement, Wavegarden wrote:

“Constructed on land reclaimed from the ocean, Turtle Island is a new international waterfront destination, which will have different water and landside leisure facilities including hotels, convention centers, and marinas. The centerpiece of the 2.1 billion Euro (about $2.3 billion USD) avant-garde mixed-use development will be the Wavegarden Cove surfing lagoon.”

They intend to have the wave park open in 2020. The surf park will have a one-kilometer ‘beach front' that will provide lots of space for holiday goers. The Cove - an artificial wave generating pool - will reportedly create 1,000 waves per hour. Wavegarden says surfers of all ability levels are welcome.  In their press release, they also talked about the novel engineering technologies that they work with:

“The state-of-the-art machinery can produce millions of waves per year and is designed to recover part of the energy used in the wave generation process to attain the lowest possible energy consumption. The innovative water treatment system, developed specifically for wave lagoons, will keep the water transparent and clean throughout the year. Its intelligent design uses the energy of the waves to acquire the highest level of energy efficiency available nowadays for large recreational water bodies."

“With consistent waves of different sizes and shapes, Turtle Island is going to be the new beach of Seoul and the place to surf for families, professional surfers, and everyone in between.” 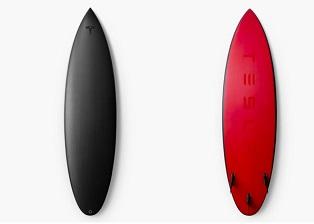 And what better way to enjoy the world’s largest surf park than to surf the waves on the world’s most cutting edge carbon fiber surfboard? Alright, it’s a pretty regular surfboard with all things considered, but it is ‘engineered’ in collaboration with Tesla and Matt Biolos' Lost Surfboards. Elon Musk got the surfboard company to partner up with Tesla to create 200 boards and sell them for USD $1,500 each.

Wavegarden reports that they have signed a host of new contracts that will see Wavegarden technology making its way into five continents around the world. Two other wave pools are being built in Melbourne and Bristol.

To see what a Wavegarden experience looks like, see the video below: