Home NewsNoise generation: When its needed, when its not

Noise generation: When its needed, when its not

Engineers have to account for noise in modern day engineering. The health of ears need to be protected. In the same breath, engineers need to ensure whatever they are manufacturing doesn't produce enough noise pollution to damage the hearing of consumers. Even the manufacturing machinery needs to abide by certain noise parameters. Engineers these days are told that less noise means healthier workers and makes a manufactured product that much more attractive in sales.

The control of noise lies in the measurement of A-weighted decibels, abbreviated as dBA. A quick measurement chart you can follow: 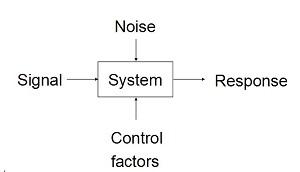 The Dean of Engineering at the Engineering Insitute of Technology, Steve Mackay, in a new episode of his YouTube series, the Engineering News Network, said: "When it comes to reduction in noise, obviously that's one of the most important things, you want to reduce the level of noise. Machinery manufacturers are very conscious of it. Most countries give you a limit of 85 dba. That or below."

Mackay says that says that some machinery manufacturers are not too keen to cut the noise down, indicating that kitchen appliance manufacturers usually amp up the amount of volume their products produce so that it sounds more powerful to the consumer.

"Noise cancellation is a technology which is employed very widely. But, it really [only] works with short point sources at low frequencies. So, a very large surface operating at a whole spectrum of frequencies is very difficult to apply noise cancellation to," said Mackay.

He also touches on automobile manufacturing, that prides itself on loud cars and loud motorbikes. However, there is an exception. Electric vehicles. 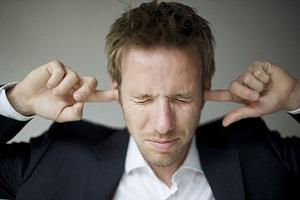 In 2014, the European Union decreed that in the future, electric vehicles would need to emit an artificial noise that would signal pedestrians and other motorists that they were on the road. This is due to the very quiet nature of electric vehicles. A car powered by batteries won't make much noise at all. The EU is calling the artificial noise generators "Acoustic Vehicle Alerting Systems".

Chris Davies, a Liberal Democrat in the European government in 2014, spoke to the Daily Mail, saying: "Quiet electric cars could become a common sight on our roads in years to come but we have to ensure that this doesn't jeopardise the safety of blind and partially-sighted people. ‘The acoustic warning devices will make a sound very similar to that of cars with a regular combustion engine so that people will be able to clearly hear these vehicles, allowing them to judge how safe a road is to cross.

However, in the world of construction and manufacturing, there are still high decibel levels of noise happening which can damage both the hearing of engineers and the manufactured product. Therefore, Mackay says: "In your next engineering design, think about noise. Think about how to reduce the effect on your wonderful clients, you'll probably have a far happier client."