BP’s Kwinana Oil Refinery in Western Australia is the largest refinery in the country, producing 8300 megalitres of oil per year.  Crude oil is shipped in from the Middle East, West Africa, New Zealand, Indonesia and north-west Australia. This refinery provides all the fuel to transportation vehicles in Perth and the South West — including petrol, diesel and jet fuel. Fuel is also shipped to South Australia and Tasmania. 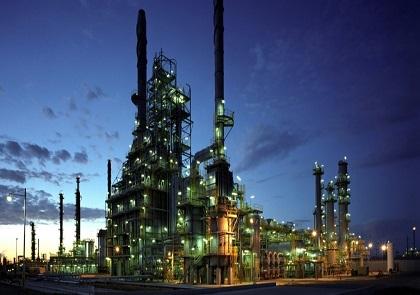 The site of the refinery was chosen after the company became dejected when they couldn’t find a suitable site on the east coast. Sir Russell Dumas and David Brand from the Works for Western Australian Government travelled to Melbourne to meet with the Anglo-Iranian delegation, after Dumas realised the Cockburn Sound was a suitable location. Given it had a harbour facility, plenty of available land and a calm climate, the delegates headed to Perth to visit the site. The decision was finalised in January 1952 and construction began in the following year.

In December 1954, the Anglo-Iranian Oil Company’s name was changed to the British Petroleum (BP) Company, after vote by shareholders.

Finished in 1955, this project was considered significant by Engineers Australia because of the positive economic and social impact it had on Western Australia. One of these impacts was the development of a township a few kilometres inland of the refinery to accommodate workers on the site. The State Housing Commission built 1000 houses in the area over a three-year period, creating a community in the area.

This refinery was the first major industrial plant established in Kwinana, and was the catalyst for the area’s substantial growth. Not only did it lead to the establishment of the industrial area, but also to the development of the harbour at Cockburn Sound.

The refinery has signed an agreement with the Western Australian Government to continue operating until 2050.