Home NewsOut with the old and in with the new organization

Out with the old and in with the new organization

Henry Petroski, an engineer who has specialized in failure analysis, and has written a dozen or so books on the subject, once said:

“Failure is central to engineering. Every single calculation that an engineer makes is a failure calculation. Successful engineering is all about understanding how things break or fail.”

Engineers are not only inundated with the potential mathematical design failure of their work, but also the organizational failures that could eliminate the chance of them ever getting their hard work out into the world.

There is no better example of how engineering and organizational miscalculations can lead to huge losses than Motorola's Iridium project. This project was headed up by Motorola’s Bary Bertiger and a handful of engineers; it has been singled out as the ‘biggest project failure in history’. 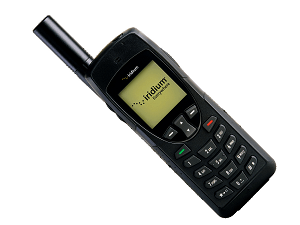 Bill McIntosh, a writer for the Independent, wrote in August of 1999:

“Behind the failure lies a salutary tale that shows how a potentially revolutionary product was hamstrung by unrealistic planning, insufficient management control, bungled marketing and, most surprisingly, technological pigheadedness.”

The story began in the mid-1980s when Bertiger’s wife complained about not being able to phone home during a trip to the Caribbean. So began a daring engineering initiative; a network of infrastructure to facilitate phone calls from one corner of the earth to the other. By 1997 the deployment of the satellites had begun.

Motorola Corporation planned to launch 77 satellites into orbit to achieve the gargantuan task. The company was pioneering - forging a path toward the interconnected, global village of communication we know today. The engineers raced to meet the technological demands of the satellites, their components, and the launch of them as well - all of this occurring after only 12 years of development.

Meanwhile, cellphone tower infrastructure was being perfected - it would lower the cost and achieve the same outcomes the engineers of Iridium were aiming to achieve with their satellite infrastructure. The GSM network was in the early stages of being born.

The price of the technology meant the Iridium handset cost consumers US$3,000 apiece and the call rates were extortionate at $30 a minute.

The company failed to find an effective marketing strategy to ensure the sale of these expensive products. To make matters worse the early versions of the cellphone experienced some technical issues. Soon afterwards, in 1999, Iridium filed for chapter 11 bankruptcy.

The damage had been done. US$5 billion of investment had gone down the drain.

Sam Ismail, an author and researcher, wrote a book entitled: Exponential Organizations: Why new organizations are ten times better, faster, and cheaper than yours (and what to do about it). In the book he outlines his investigation into Motorola's organizational missteps; he refers to the woeful project as the Iridium Moment. Ismail asserts that many companies and their engineering projects have followed the same very flawed understanding of technology and the market. He names another such company, the Eastman Kodak Company. 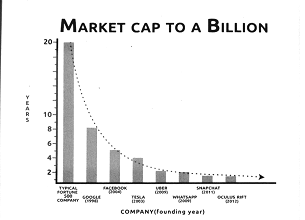 Kodak declared bankruptcy in 2012 due to a technologically progressive market that saw consumers foregoing film and embracing digital. One of the reasons Kodak couldn’t recover, Ismail states in his book, was due to the rise of the app Instagram in 2012. The photography market had migrated to digital cameras, smartphones and apps.

Instagram, a company that had only been operational for only three years, completely disrupted Kodak, an industry heavyweight,  and it had taken them years to grow. Ismail proved that a Fortune 500 company (of which Kodak was one) would have typically taken 20 years to be worth a billion, whereas smaller, more efficient companies, like Instagram, had done it in much less time. Ismail writes:

“We have entered the age of the billion-dollar startup and soon, the trillion-dollar corporation, where the best companies and institutions will be moving at seemingly light speed. If you haven’t transitioned into an Exponential Organization as well, it will not only seem as though your competition is racing away from you, but also, like Kodak, that you are sliding backwards at breakneck speed into oblivion.”

For engineers who are finding projects to be a part of, or beginning their own startup companies, it is important to bear in mind the missteps of the past. And there is proof everywhere that engineers succeed: they have been instrumental in the rise of Facebook, Uber, Instagram, and Snapchat; companies that have redefined how a company can grow exponentially through utilizing technologies in clever and different ways.