Some highways (and most sidewalks) in the United States are made out of concrete. Mark Weaver, a Professional Engineer in California, writing on website Quora, explains:

The problem with concrete? It isn’t very flexible. For building roads, the material of choice is usually asphalt due to its flexibility - but concrete is cheaper to install. A lot of other U.S. infrastructure is made with concrete - and it is starting to show its age.

The brittleness of concrete is not one of its favorable attributes, but what if engineers could cheaply install concrete and it could last longer than any rival material?

Bendable concrete would contribute to more stable bridges and it would help prevent them from collapsing. Sometimes it’s not the older bridges that are in trouble of collapsing, but the new ones. 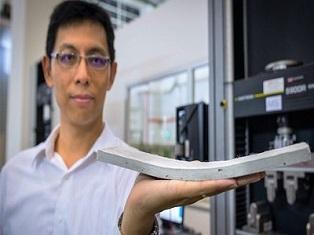 In March 2018, a bridge collapsed at Florida International University in the United States that unfortunately led to loss of life. Engineers had discussed a crack that had formed on the bridge hours before the bridge collapsed. The crack has still not been confirmed as the root cause of the collapse, however, a bendable concrete that could survive more stresses may have prevented a collapse. The bridge is said to have been built via a quicker construction method and utilized a new form of concrete known as ‘self-cleaning concrete’.

Engineers at the University of Michigan believe they have the answer to offsetting the brittleness of concrete. Their discovery was inspired by seashells. In their Conversation article, they write:

“To develop ductile concrete, our laboratory borrowed ideas from nacre, also known as mother of pearl - the iridescent material on the inside of abalone shells.”

Mimicking the nanoscale architecture of an abalone shell - which the engineers say looks like a brick wall - makes what seems to be a small shell, quite rigid.

“The ‘bricks’ are thin layers of aragonite platelets, and the ‘mortar’ between them is a natural polymer that is very elastic. The polymer holds the rigid aragonite layers together, but allows them to slip from side to side under stress. This structure makes nacre both strong and flexible.”

Their new concrete has been given a name: Engineered Cementitious Composite (ECC) or strain-hardening cementitious composite. When using tiny fibres within concrete that is under pressure, the composite emulates the flexible rigidness of the nacre.

Scientists in Singapore’s Nanyang Technological University have also been experimenting with putting ‘thin-as-human-hair’ fibres into their mix of concrete. The result? A new material known as ConFlexPave. The distribution of the polymers reportedly makes the concrete stronger and more durable. 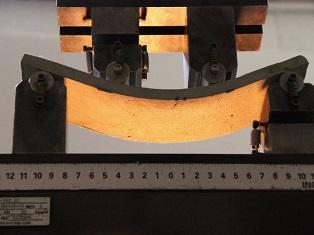 The researchers say instead of pouring the concrete on site, the concrete could be prefabricated at a factory and transported to the construction site and simply laid in place. The engineers will test the concrete around their campus over the next three years.

Professor Yang En-Hua from NTU’s School of Civil and Environmental Engineering, leading the charge on the research said:

“The hard materials give a non-slip surface texture while the microfibres which are thinner than the width of a human hair, distribute the load across the whole slab, resulting in a concrete that is tough as metal and at least twice as strong as conventional concrete under bending.”

Weaver, M. (2018). In the United States, why are most highways made of concrete, while most streets are made of asphalt?. [online] Quora. Available at: https://www.quora.com/In-the-United-States-why-are-most-highways-made-of-concrete-while-most-streets-are-made-of-asphalt [Accessed 11 Jun. 2018].