It's the year 2021. You are on a cruise ship, soaking in the sun, inhaling crystal clean air, and drinking a cocktail. While you're on this vacation, it never occurs to you that the very ship you are on is being powered by rotten fish.

Yep. The Norwegian cruise liner group Hurtigruten is planning to power their ships using biogas, liquified natural gas (LNG) and solar-powered battery packs. Biogas is made with organic material like dead plants and animal waste. The company will speed up the decomposition of organic waste and capture the methane it produces.

The group intends to have these ‘fuels’ in place and ready to power their fleet by 2021. 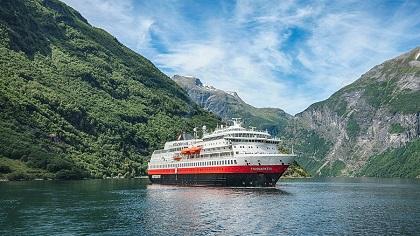 “What others see as a problem, we see as a resource and a solution. By introducing biogas as fuel for cruise ships, Hurtigruten will be the first cruise company to power ships with fossil-free fuel. While competitors are running on cheap, polluting heavy fuel oil, our ships will literally be powered by nature. Biogas is the greenest fuel in shipping, and will be a huge advantage for the environment. We would love other cruise companies to follow.”

The company says that it will be utilizing the cutaways from fisheries and other organic waste will soon be used in the ships. It is quite clear that the electrical engineer on the cruise liners, is going to be seeing some of the world’s first alternative powering methods for ships.

The move will cost the company US $826 million over the next three years, to fit six of the 17 ships in the fleet with the new technology. The company is buying three new vessels that will be run only on clean electricity technology. But they will have diesel engines as a backup.

Skjeldam told media that his ship's crew members have seen how ‘glaciers retreat' due to climate change, possibly caused by emissions. He adds that the crew members say they also observe too much plastic on beaches where the ships land. Consequently, Hurtigruten confirmed that they will do away with single-use plastics.

It is not the first time clean energies are being implemented in the cruise liner business. Siemens has developed a technology for when ships are docked at the harbor to ensure they do not create unnecessary air pollution.

Most cruise liners still utilize diesel generators that power their vessels. At a harbor, however, the air quality is a concern. Therefore, running a ship for a prolonged time while docked increases the chances for emissions to degrade the air quality at the harbor.

To combat this problem, Siemens developed the first European onshore power supply for cruise ships back in 2015. The system allows the ships to turn off their diesel generators while in the harbor. They have dubbed it the SIHARBOR shore connection system.

Berthed ships of all kinds can benefit from this setup due to how flexible and straightforward it is. A simple cable management system it all it takes to connect the ship to an onshore source of power. Siemens has their own patented robot arm that feeds the cable system to the boat, specially designed for the tidal range of the ocean.

The trend rising of powering cruise ships offshore and onshore with clean power is encouraging to observe. Ninety percent of the world's goods are transported via ships — making them cleaner will be good in a world craving fuels that emit fewer carbon emissions.

“Forum for Science, Industry and Business.” How Are Cells Held Together?, www.innovations-report.com/html/reports/energy-engineering/siemens-builds-the-first-european-onshore-power-supply-for-cruise-ships.html.