Home NewsScientists release the first image of a black hole

Scientists release the first image of a black hole

Until yesterday, every image you have seen of a black hole has been digitally rendered.

Despite being theorized for well over two hundred years and being common knowledge to even those outside the realm of astronomy, it has been all too easy to forget that we have never actually seen one.

Looking a bit like an out of focus doughnut, this groundbreaking first image shows a supermassive black hole found at the center of M87, a galaxy near our very own Milky Way.

The image is composed of a fiery looking halo surrounding a dark center. That center is the black holes event horizon, the point at which the gravitational pull becomes so strong that not even light can escape. The halo around it is a combination of dust and gas, the only thing that makes this image even possible to see. 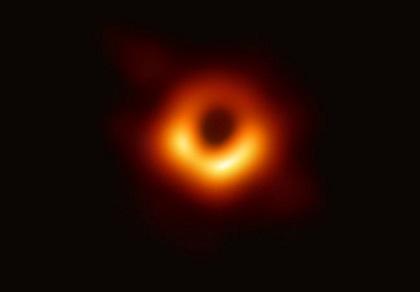 Sitting 55 million light years from Earth and measuring 6.5 billion times heavier than the sun, this cosmic marvel was captured using eight radio telescopes located around the world. The concept in basic terms was that by having telescopes at different points of the world, scientists would be able to form a viewing array as wide as Earth itself.

Not surprisingly, it has taken a team of 200 international scientists over two years to formulate the means necessary to snap the picture of the unforgiving darkness that controls all space and time around it.

"We have seen what we thought was unseeable," said Sheperd Doeleman, director of the Event Horizon Telescope Collaboration (EHT).

At an even more groundbreaking level, the image matches up with Einstein’s 1915 theory of general relativity; a theory the great scientist himself thought was too wacky to be real.

However, not only is it another mic drop moment for Einstein but this image has opened a new realm of possibility. Astronomers will now more than ever be able to learn more about the stable features of a black hole and maybe even discover what happens to the materials that disappear beyond the inevitable event horizon.

"We are looking at a region we have never looked at before," said Heino Falcke, chair of the EHT Science Council.

"It feels like looking at the gates of hell, at the end of space and time – the event horizon, the point of no return."